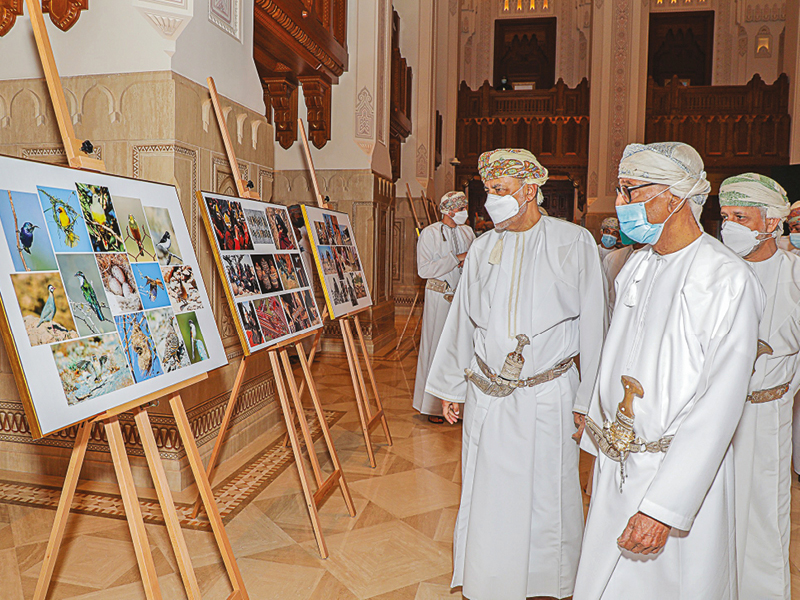 Under the auspices of H H Sayyid Shihab bin Tarik al Said, Deputy Prime Minister for Defence Affairs, The Mountains of Oman encyclopaedia was launched at the Royal Opera House Muscat on Sunday. Also in attendance was H E Mohammad al Zubair, who supervised the project as per the directives of the Late Sultan Qaboos bin Said.

The 1,700 pages of the encyclopaedia, spread over three volumes, contain detailed information about the mountain ranges of the sultanate, highlighting their geographical and geological importance, their role in the development of the nation as well as the settlements and unique agricultural and biological diversity they have enabled across the ages.

The encyclopaedia covers 409 mountains in the sultanate, ranging from heights of 30m (Jebel Musanjab in Masirah) to 3,009m (Jebel Shams in Al Hamra). The latter is considered one of the highest mountains on the Arabian Peninsula.

Commenting on the launch of the encyclopaedia, H E Zubair said, “I have a firm belief – and I think many share the same – that the mountains of Oman are the most significant undiscovered treasures in the sultanate, not only for the wealth they hold underground, but also because of their natural beauty, which lends itself to tourism promotion.”

H E Zubair noted that Oman is blessed with very unique natural terrains, including mountain chains with special formations and rare biodiversity. “The Mountains of Oman will shed light on these mountains and empower entities such as the Ministry of Heritage and Tourism, Ministry of Energy and Minerals, Ministry of Agriculture, Fisheries and Water Resources, and others to make use of this unique natural resource.

“After I was commissioned by the late Sultan Qaboos to supervise the project, we gathered a group of more than 100 experts in the fields of geography, geology, agriculture, livestock and water resources, as well as historians and other specialists, to develop the content for this encyclopaedia.”

Commenting on the efforts put into the encyclopaedia, H E Saqri said, “We thought in the beginning that this project would not take more than one or two years to complete. However, when we began to map out the outline for the book – which later became an encyclopaedia – we discovered that the role of mountain ranges in the sultanate extends beyond their geographical and geological features. In fact, they have influenced the social and demographic development of Oman and its civilisation for thousands of years. This made it vital, when developing the encyclopaedia, to conduct scientific research in great detail, creating and approving accurate maps and charts that researchers and planners can refer to as a helpful source of information.

The encyclopaedia will be available for purchase starting March 2021.