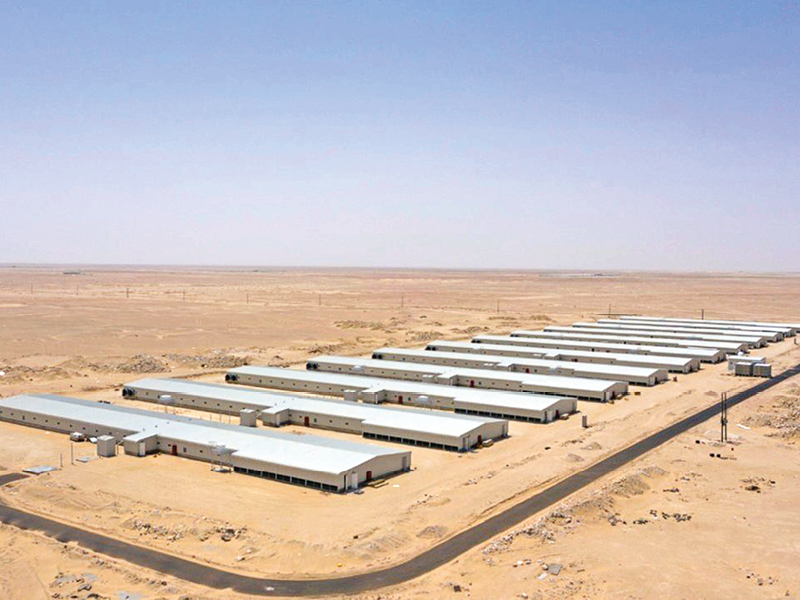 Envisaged to eliminate the sultanate’s dependence on imported hatching eggs for its rapidly expanding poultry industry, the farm in Haima, coming up at a cost of RO61.5mn, will produce 150mn fertilised eggs per annum, a target set to be achieved by 2040.

The company was established as a partnership between a number of governmental and private sector institutions, including investment from outside the sultanate.

The company aims to achieve a high percentage of self-sufficiency and enhance food security in the sultanate by producing 150mn hatchery eggs annually to be marketed locally in addition to exporting part of the quantities abroad.

Eng Mohammad Suhail al Shanfari, chairman of the Board of Directors of Osool Poultry, said that the company is one of the largest projects in the Middle East. The total area of the project, located in the village of Al Gaftain in Haima, is 47sqkm.

He added that the project greatly contributes to achieving the government’s goals in economic diversification, developing governorates, and creating job opportunities for Omani citizens in various fields.

Dr Hadi Mohsen al Lawati, general manager of the company, said that the project consists of six farms that include 72 poultry barns and 12 production farms divided over three plots with an area of 15sqkm for each in addition to the fourth plot allocated to the main building and other facilities. The project has been built to high specifications, consisting of a feed mill, a poultry slaughterhouse, a water treatment plant, electric power production plant, warehouses, and administrative offices.