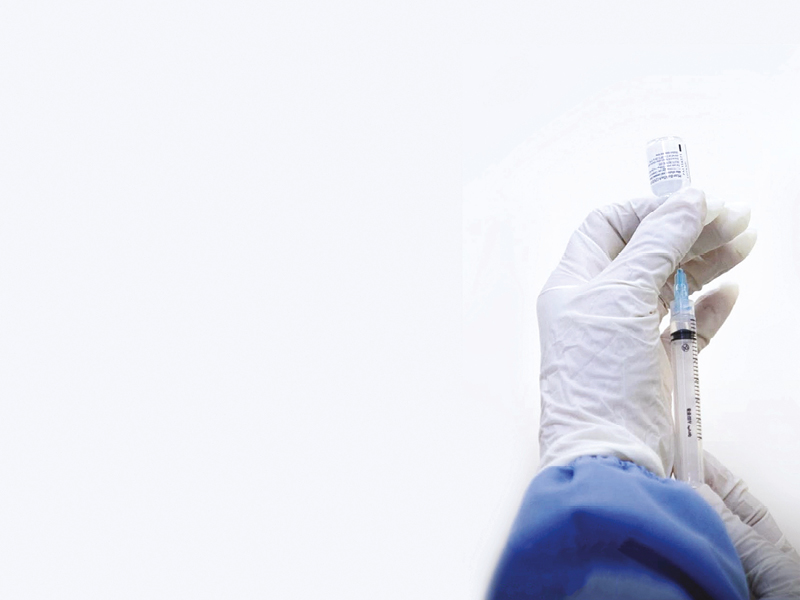 The national vaccination campaign against COVID-19 under the theme ‘Immunisation is a Prevention’ kicked off on Sunday across Oman. The campaign will be held in two phases with the technical team identifying the elderly of 65 years of age and older with diabetes and chronic lung diseases, kidney failure patients and those on dialysis for Phase 1.

Dr Saif al Abri, director general of Disease Control and Surveillance, said that to ensure Oman receives the required doses, several negotiating channels have been initiated directly with manufacturers of the COVID-19 vaccine.

He said that priority groups for immunisation were identified based on the recommendations of international organisations, local studies on the disease, and the most vulnerable groups to the disease.

Nawal, Fatima’s daughter, said, “My mother is always nervous before visiting a hospital. This time around, she heard people saying the vaccine is not safe. So, again, she is a bit nervous. But we asked the doctors about the vaccine and they assured us that it is safe and advised us not to pay heed to social media rumours. My mother was convinced by the doctors.”

Ruqayya expressed her happiness at being able to help senior citizens who are more vulnerable to the virus. “The vaccine will protect them. Now they can live without fear of the virus,” she added.

Prior to receiving the vaccine, several steps were taken, including a survey to assess community awareness, and attitudes and practices related to the jab in Oman. In addition, an electronic mechanism has been devised, through the Tarrasud+ app and Al Shifa, to analyse data and follow up on recipients’ of the vaccine in all the specified public and private health institutions. A feedback line has been dedicated to report side effects of the vaccine, if any.

Several meetings were held at various levels, including one with H E Dr Ahmed bin Mohammed bin Obaid al Sa’eedi, Minister of Health, and the director generals of all governorates to discuss preparations and operational plans. Directors of the Communicable Diseases Control offices and immunisation supervisors of the governorates also meet to discuss the roll out.

Training workshops for all partners involved in the implementation process and follow-up progress have also been conducted.

Readiness of all governorates and concerned authorities were confirmed to provide the necessary logistical support and material to implement the nationwide campaign.

In South Batinah, four centres have been set up in Nakhl, Barka, Rustaq and Mussanah. In North Batinah, MoH has identified six health centres to receive the vaccine, and five centres in Musandam governorate.

In North Sharqiyah, the four centres are in Ibra, Sinaw, Samad al Ashaan and Bidiyah, while in South Sharqiyah, the jabs will be administered at the Sur Specialist Centre for Diabetes Treatment, Masirah Hospital, Jalaan Health Complex and Jalaan Bani Bu Hassan Health Centre.

In Dakhliyah governorate, MoH has identified seven centres, three in Dhahirah (Ibri, Dhank and Yanqul), and four in Al Wusta. In Dhofar, the Al Saada Centre and Awqad Health Center are the designated centres for the vaccine. Two centres have identified in Buraimi for the campaign.

The Ministry of Health on Sunday announced 183 new cases of the novel coronavirus (COVID-19) in the last three days, taking the total to 128,472. There were four deaths and 535 recoveries in this period.

‘The number of recoveries has increased to 120,976, while the number of deaths has reached 1,495,’ an MoH statement said.

As of Sunday, a total of 87 patients were admitted in health institutions, including 35 in ICUs.