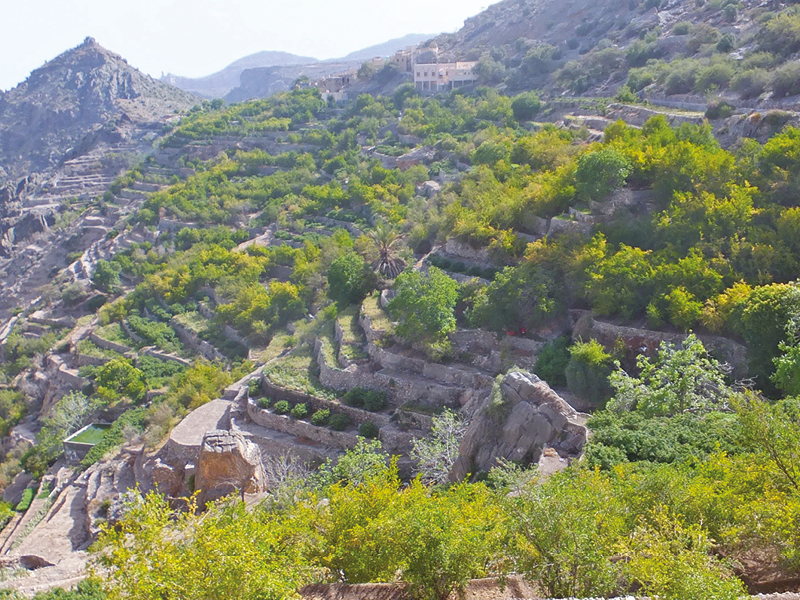 To boost tourism sector in the sultanate, authorities are looking to establish an integrated commercial centre and a market for seasonal products in Jebel Akhdar. H E Salim bin Mohammed bin Said al Mahrouqi, Minister of Heritage and Tourism, confirmed this through Twitter after visiting Jebel Akhdar with a ministerial delegation last week.

Calling on H E Mahrouqi, a citizen named Aseel tweeted, “We want cable cars in Jebel Akhdar. We hope that it will attract a lot of tourists from around the world.” Responding to Aseel’s tweet, H E Mahrouqi stated that it will be part of the tourism development plan in the area.

Another citizen tweeted, “We hope to see a train linking the mountain ranges between Jebel  Akhdar and Jebel Shams. This could provide breathtaking scenery along the mountain route giving tourists an enjoyable experience.” Another Twitter user said, “The strategic proposals are with MoT, including cable cars, world-class accommodation that complement walking trails, World Heritage Listing of the juniper trail. Environment Authority has a comprehensive report on the value of Jebel Akhdar’s junipers, Arabia’s largest and oldest trees.”

Another Twitterati, Mahmoud al Riyami proposed some projects and posted their pictures on his Twitter account to attract tourists, such as establishing olive farms and creating an integrated garden of peaches and cherries and establishing a geology museum and an astronomical observatory.

“The Governorate of Dhofar during the khareef season attracted more than 800,000 tourists. Dhofar needs a lot of tourism projects to support the national economy,” Osma al Yafei said.