Vaccination drive kicks off on Sunday 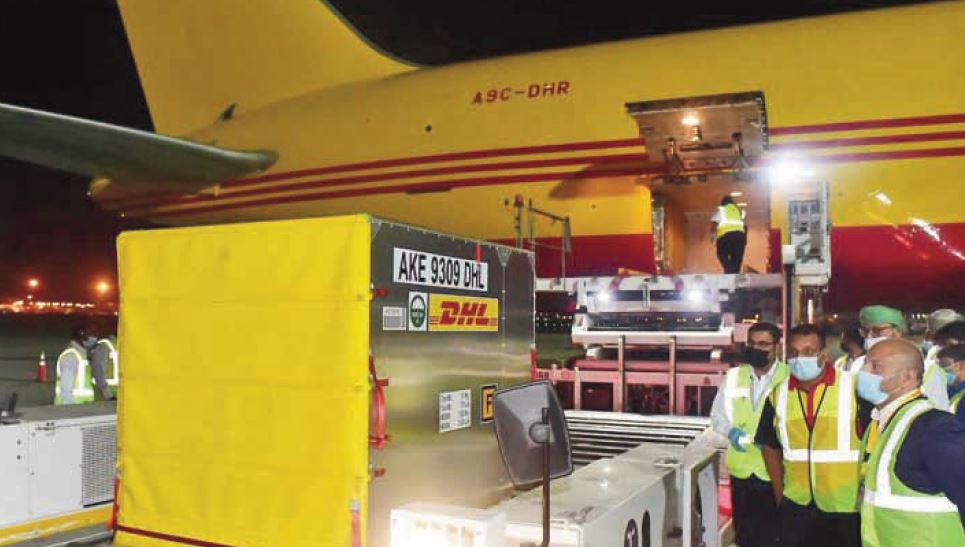 Oman is set to begin the immunisation campaign against COVID-19 on Sunday with H E Dr Ahmed bin Mohammed al Sa’eedi, Minister of Health, taking the first shot. The Ministry of Health (MoH) has identified specialised polyclinics in Bausher, Quriyat and Seeb for the inaugural vaccine rollout.

The first batch of 15,600 doses of the Pfizer-BioNTech vaccine arrived in Oman on Thursday night. The second consignment of 28,000 doses is scheduled to arrive early next month.

According to the MoH, priority will be given to high-risk groups. “In the first stage, the target groups include the most vulnerable to contracting the virus – frontline workers, people with chronic diseases and elderly,”

H E Dr Sa’eedi said, adding that he personally believes in the safety of the vaccine and that he will be the first to take the shot here in Oman.

According to the strategy adopted by the ministry, it plans to cover 60 per cent of the population with vaccines. This will be done in several phases, the first of which will cover 20 per cent of the targetted percentage due to the initial supply constraints.

For the first time since May, Oman reported less than 60 COVID-19 cases on Thursday with no new deaths.

‘Fifty-four new cases of the novel coronavirus (COVID-19) were reported, taking the total to 128,290, while the number of those who have recovered increased by 263 to 120,441. The number of deaths has reached 1,491,’ an MoH statement said on Thursday.

In another indication of control on infections, the number of hospitalised patients has come down significantly.