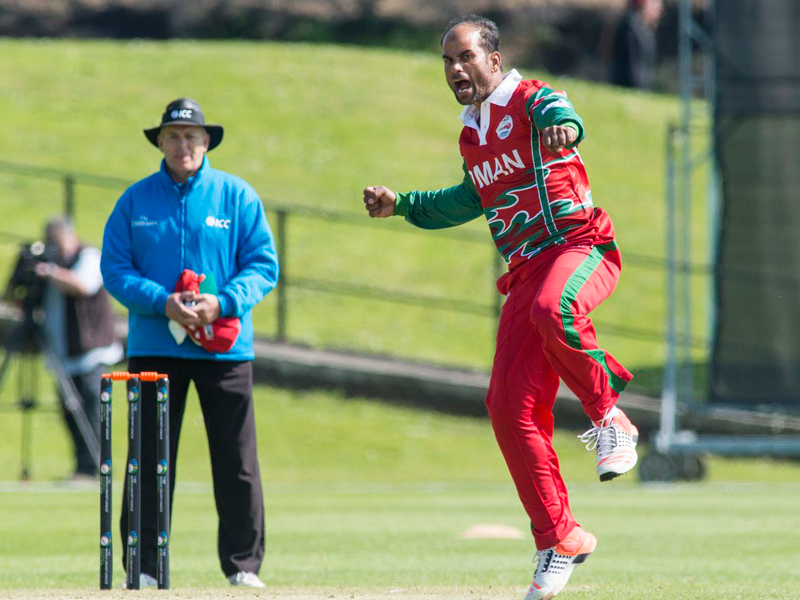 Former Oman bowler Munis Ansari, whose sling bowling action has given him the tag – Oman’s Malinga – has been picked by Pune Devils for the upcoming edition of the Abu Dhabi T10 League.

The T10 tournament that features eight franchises and has some of the biggest names in international cricket will be held atSheikh Zayed Stadium in Abu Dhabi, UAE, from January 28-February 6, 2021.

In his exclusive remarks to Muscat Daily after being drafted as their final pick by Pune Devils during the auction held last week, Ansari said, “I am delighted to be part of such a top-class league. It came as a surprise to me as I was only recently contacted. I am looking forward to giving my best.

“I have been performing consistently over the past couple of years in domestic cricket. My goal is to make a comeback into the national team [Ansari last played for Oman in 2018].”

The pacer, who plays for Oman Cricket’s Premier Division giant Muscat CT,  added, “To be part of a league that has some of the biggest names is an honour for me. It will be a great experience and opportunity for me to learn as I continue my attempts to make a comeback into the national team.”

Ansari thanked his employers – Muscat CT – and in particular, team manager Madhu Jesrani, for all his support and said, “Madhubhai has backed me always. As the T10 league is officially sanctioned by the ICC, I will have to take permission from my employers and Oman Cricket (OC) to take part. I am expecting a mail from my franchise – Pune Devils on Sunday. Once I receive it, I will seek permission from OC and my employers to take part.”

Pune Devils is owned by Alpha Sports and among Ansari’s teammates are international stars like Sam Billings of England, Ajantha Mendis, Chamara Kapugedera of Sri Lanka and Hardus Viljoen of South Africa.

In a press statement, Devils co-owner Krishan Kumar Chaudhary said, “We are happy with the squad that we have selected and we know all our 14 players are talented and will give their best to win the tournament. “We have selected the players on the basis of our requirement and have filled all the positions that we were looking out to fill. We have high hopes on head coach Jonty Rhodes and are sure that he will bring the best from each individual.”

Abu Dhabi T10 is the world’s only ten-over cricket tournament licensed by the Emirates Cricket Board (ECB). It is the first-ever internationally approved ten-over format competition. Matches have a duration of 45 minutes a side totalling 90 minutes of play. The tournament is played over ten days, with a round-robin followed by semifinals and the final.