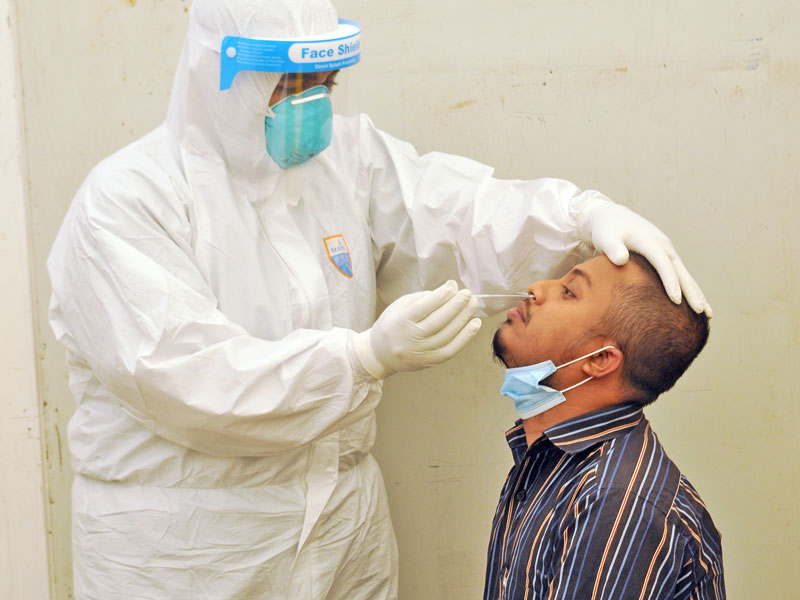 For the first time since May, Oman reported less than a hundred COVID-19 cases in a day on Wednesday, which has been hailed as a remarkable achievement for the sultanate’s healthcare system in containing the spread of the virus.

The Ministry of Health (MoH) announced 93 new cases of the novel coronavirus on Wednesday, taking the total to 128,236. There was one death and 233 recoveries in the same period.

‘The number of recoveries has increased to 120,178, while the number of deaths has reached 1,491,’ an MoH statement said.

Earlier in the week, H E Dr Ahmed bin Mohammed al Sa’eedi, Minister of Health, informed that Oman will begin administering the Pfizer vaccine against the virus starting December 27. The sultanate is among the first countries that joined the Global Alliance for Vaccines and Immunisation (GAVI).

“Oman has booked ten per cent of its required stock through GAVI,” he said.

H E Dr Sa’eedi attributed the drop in infections to the high level of awareness among citizens and residents and their commitment to precautionary measures. “A large number of cases were imported from outside, constituting around 60 per cent of the registered cases,” he said.

The Directorate General of Health Services in Muscat governorate, represented by the Department of Disease Control and Surveillance, in collaboration with the Ministry of Health’s Nursing Department, held a training workshop for the Expanded Programme on Immunisation (EIP) Nurses at the DGHS on Wednesday.

The workshop was for 25 nurses from various EIP focal points in DGHS institutions where they were updated on the COVID-19 vaccine and trained on the using mechanism of the vaccine. Participants also identified the vaccine’s recipient groups and locations for receiving the vaccine.

A work mechanism has been put in place along with readiness in administering the vaccine to the targeted groups announced by the ministry as soon as it arrives.  High-risk groups will be vaccinated according to priority, including frontline workers, chronic disease patients, the elderly, and immunocompromised patients.