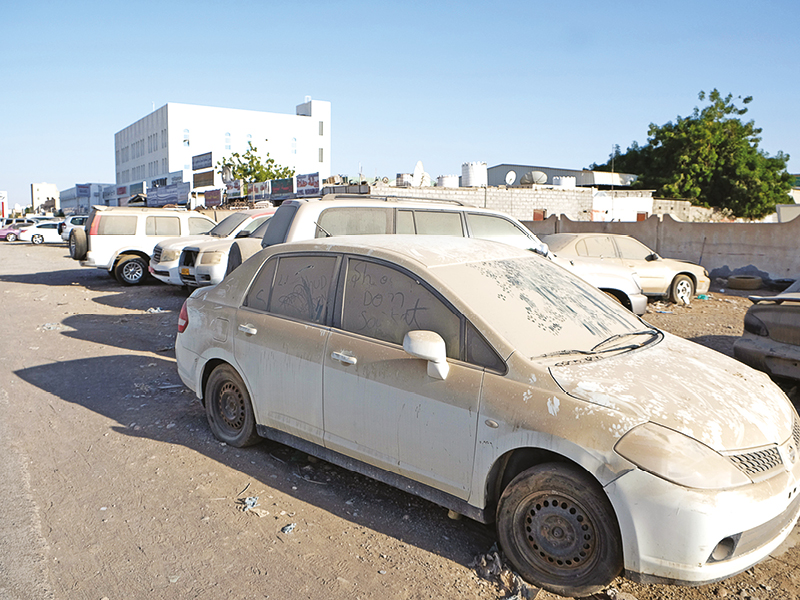 The rising number of abandoned cars in and around Muscat causes a security and environmental risk, besides affecting the aesthetics of the city, Muscat Municipality has cautioned.

‘Muscat governorate is an important tourist destination in the sultanate hosting a variety of attractions. The city is a model of good organisation, architecture and urban landscaping. However, the cars left neglected in public squares and streets is an uncivil practice spoiling the aesthetics and security of the city,’ the municipality stated.

Abandoning cars in streets, parks and other public places deprives others from using these spaces, it added. ‘The phenomena can also cause traffic congestion on roads and entrances or exit of residential neighbourhoods. Furthermore, cars left abandoned for a long time accumulate dust and become likely host of insects and rodents.’

Article 4 states that the municipality can tow away abandoned vehicles from public places at the expense of the owner 14 days after a warning notice is left on it, without being responsible for any damage caused during the towing process to the yard.

According to Article 5 of the administrative decision, a fine is imposed on the owner of the abandoned vehicle after impounding it. The fine amount is RO200 for cars and buses meant for transporting 15 or fewer passengers, and RO400 for trucks, buses that can transport 15 or more passengers, trailers, tractors and such other equipment. A fine of RO1,000 is imposed on vehicles intended to transport hazardous materials. An additional RO5 is imposed for each day of delay in collecting the vehicle.