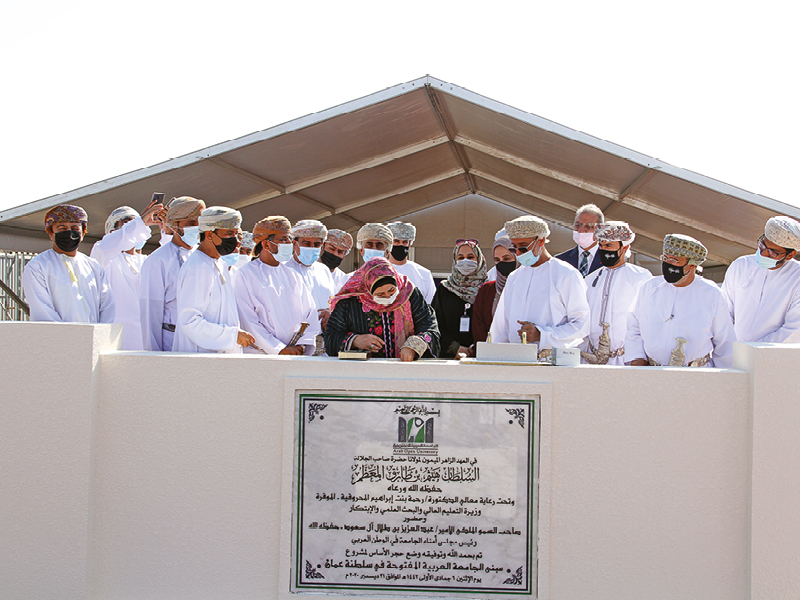 Arab Open University celebrated the laying of the foundation stone for the university’s building  in Oman on Monday.

To be constructed in Ma’abela in the wilayat of Seeb, the university will represent a valuable addition to higher education projects in the sultanate.

In a speech, Dr Moosa bin Abdullah al Kindi, the university’s director in Oman, said, “Nations are promoted by knowledge and work. As His Majesty Sultan Haitham bin Tarik has called us to join efforts to build Oman and continue its blessed renaissance, here is the Arab Open University in the sultanate, since it opened its doors in March 2008 promoting development of Oman. The university continues to take the hands of those who wish to develop their future and make their lives better and also those who have not had an opportunity in other institutions, to build a society of science and knowledge in our beloved country.”

Dr Kindi said that more than 11,000 students have been received by the university since its inception in order to go into higher education, and that 2,917 have graduated from the various levels and disciplines offered by the university.