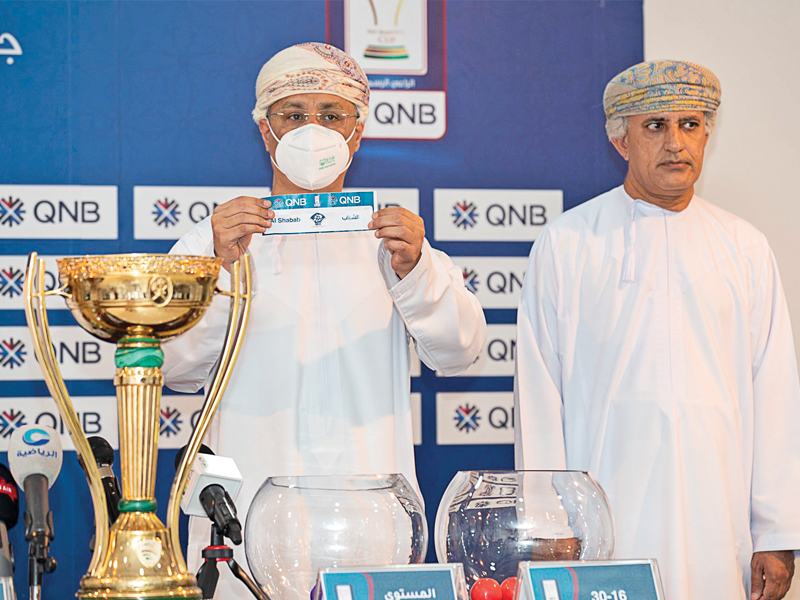 Defending champions Dhofar advanced into the round-of-16 without even kicking the ball as the nine-time champions were awarded a first-round bye during the draw ceremony of the 2020-21 His Majesty’s Cup Football Championship’s round-of-32 at the Oman Football Association (OFA) headquarters on Monday.

With only 31 of the 44 clubs in Oman entering the fray for the forthcoming edition of the sultanate’s most coveted football championship, the competitions’ committee of OFA decided to hand the Salalah giants a bye as they are the title holders.

Earlier last month, Dhofar edged past Al Arouba in a penalty shootout at the Rustaq Sports Complex to clinch a record-tying ninth title.

Following the bye, the champions, coached by former national team coach Rasheed Jaber, now have a head start as they chase a record tenth crown.

With nine-time winners Fanja pulling out of all domestic football competitions in the 2020-21 season and 12 other clubs also not taking part, the draw on Monday paired up the remaining 30 teams.

Speaking to Muscat Daily, Said Othman al Balushi, the CEO and general secretary of OFA said, “With the pullout of Fanja Club and 12 other lower-division teams not participating, OFA decided to grant a bye to the defending champions – Dhofar. We expect a good and hard-fought tournament.”

Four-time champions Al Arouba will begin their campaign against Salalah while Omantel League winners and three-time champions Seeb will take on former winners Al Talee’a in the knockout opening round, which will be held from January 1-3.

Four-time winners Sur will meet Bahla and Al Khabourah will take on Sohar in a battle between Batinah teams.