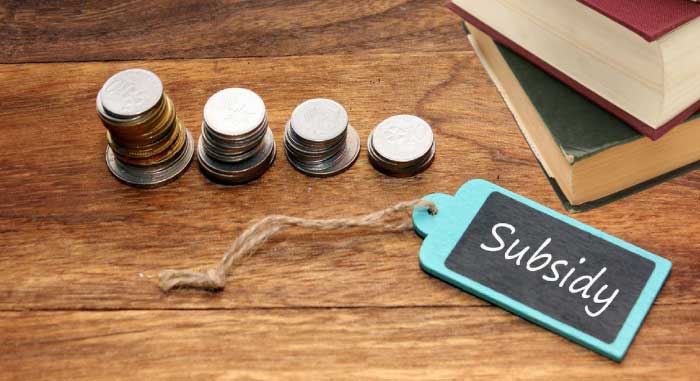 Starting January 1, 2021, Oman will lift subsidies on utilities in a planned manner over a span of five years while activating the social protection system for electricity and water sectors to support eligible families.

To ensure that support reaches the eligible families, the government has developed a National Subsidy System (NSS), which includes fuel, electricity and water tariff subsidies, to provide protection to citizens who are most vulnerable to financial burdens.

Citizens wishing to benefit from this system and those who meet the conditions can start applying for the support online until January through the NSS website. Currently, subsidy on electricity and water is provided to all consumers in the sultanate regardless of their standard of living, including non-residential categories such as industrial, governmental, agricultural and other sectors.

According to a Government Communication Centre (GCC) report, a gradual approach to subsidy reform has been adopted that aims to reduce reliance on government subsidies of different customer categories over the coming years, whilst taking into account the maintenance of government subsidies to certain Omani households.

‘As part of the subsidy reform programme, new electricity and water tariff structures will be implemented across all customer categories beginning January 1, 2021, to ensure that the subsidies are delivered to the targeted segments and for the citizens deemed most vulnerable as a result of the fiscal measures taken in the aftermath of falling oil prices and the COVID-19 pandemic,’ the report said.

Electricity accounts increased by 141 per cent, while electricity supply increased by 253 per cent. On the other hand, water accounts (for Diam) increased by over 187 per cent and the total distributed water reached a staggering rate of increase of more than 180 per cent during the period from 2010 to 2019.

Electricity tariff for residential categories in the sultanate has remained the same since 1987 and has never been affected by changing economic events such as inflation, fluctuating oil prices, and growth in demand.

This led to an increase in government subsidies over the years which reached almost RO750mn in 2020, constituting five per cent of the state’s general budget and around 20 per cent of the projected deficit during the current year. ‘Should the government refrain from taking any action in connection with the subsidies, these are expected to reach up to RO900mn by 2025,’ the report said.