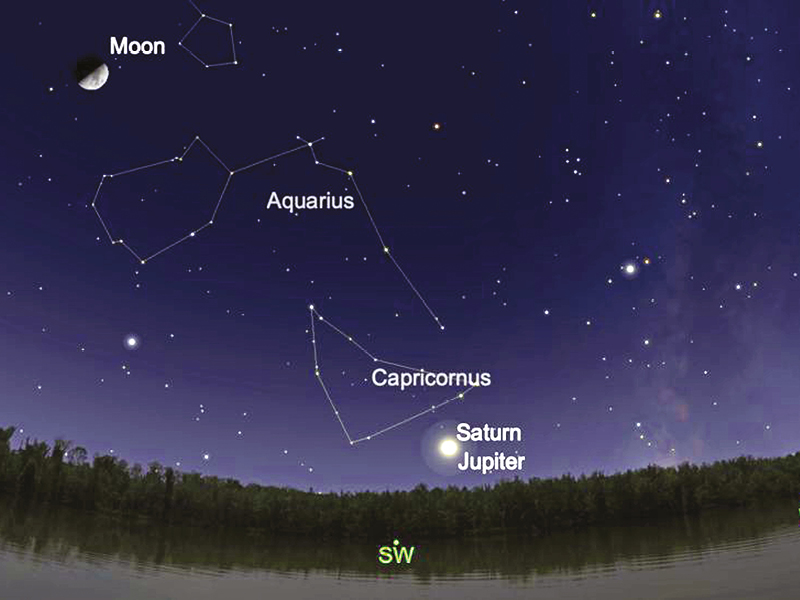 Astronomy enthusiasts are in for a treat as one of the biggest celestial events of our lifetime will take place on December 21.

On the day, Jupiter and Saturn will put on a show for skygazers that hasn’t been seen in roughly 800 years. Astronomers are calling it the ‘Great Conjunction of 2020’. On December 21 – coinciding with the winter solstice – the two largest planets of the solar system will appear to almost merge in the Earth’s night sky.

During the event, Jupiter and Saturn will sit just 0.1 degrees apart, or a mere one-fifth the width of the Moon. According to NASA, what makes this year’s spectacle so rare is that it’s been nearly 400 years since the planets passed this close to each other in the sky, and nearly 800 years since the alignment of Saturn and Jupiter occurred at night, allowing nearly everyone around the world to witness this ‘great conjunction’.

Faisal al Qurtubi, vice president, Astronomical Meteorology Committee of the Oman Astronomical Society, explained that although Jupiter and Saturn will appear very close to each other, the real distance between the two is estimated to be hundreds of billions of kilometres.

He said that the phenomenon will be observed when looking at the southwestern horizon immediately after the sunset, and will last nearly two hours.

“This phenomenon provides a rare opportunity for photographers and astronomers to document the event.”