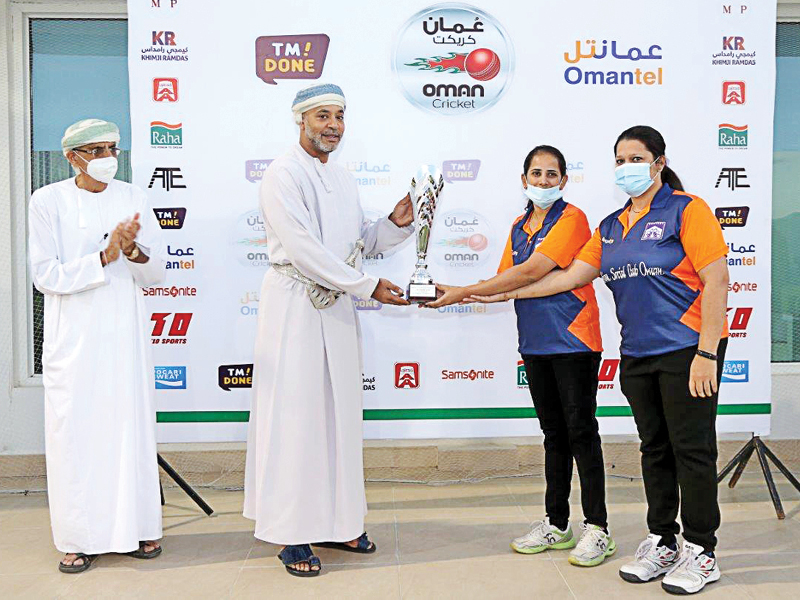 The awards’ ceremony were split into three days due to COVID-19 protocols.Sakshi’s outstanding season saw her win best batswoman, best bowler and best allrounder awards. Despite her success, her team, WCS, could only finish as women’s league runner-up.

Amanpreet bagged the best batsman and best allrounder awards while his teammate Siddh Mehta took the best bowler prize in the U19 league.

The results were similar in U16 league with ISM the winner and ISWK second.

In the U13 category, ISM-A lifted the trophy while Indian School Seeb (ISB) claimed the runner-up award.