‘Made in Oman’ campaign a success; commerce minister meets organisers 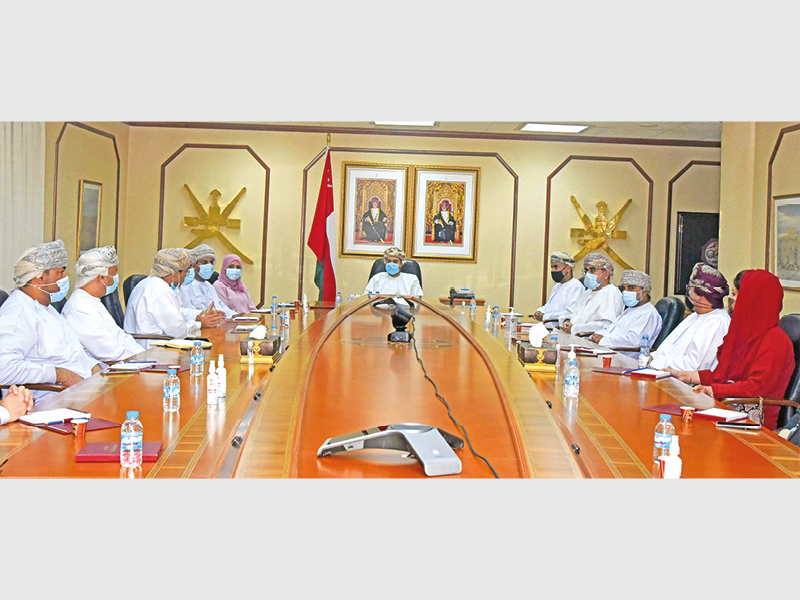 H E Qais bin Mohammed bin Moosa al Yousef, Minister of Commerce, Industry and Investment Promotion, met with the members of the ‘Made in Oman’ national campaign to thank them for their efforts in making the campaign a success.

The campaign was launched for a month from November 15 to December 15.

He added that the ministry will continue to support the Omani products, attract the local consumer, and cooperate with competent authorities to promote the economic and investment movement in the sultanate to boost the economy.

The campaign was organised by the Ministry of Commerce, Industry and Investment Promotion in partnership with Authority of Small & Medium Enterprises Development, Consumer Protection Authority, Madayn and Oman Chamber of Commerce and Industry, as well as representatives from the business community.

It was designed to support local producers and manufacturers to encourage consumers across the sultanate to buy locally produced goods.

The ministry launched the campaign as part of the ministry’s activities to celebrate Oman’s 50th National Day. With the ultimate objective of encouraging consumers to buy local, the Made in Oman campaign displayed and raise the profile of a wide range of items grown and made in the sultanate.