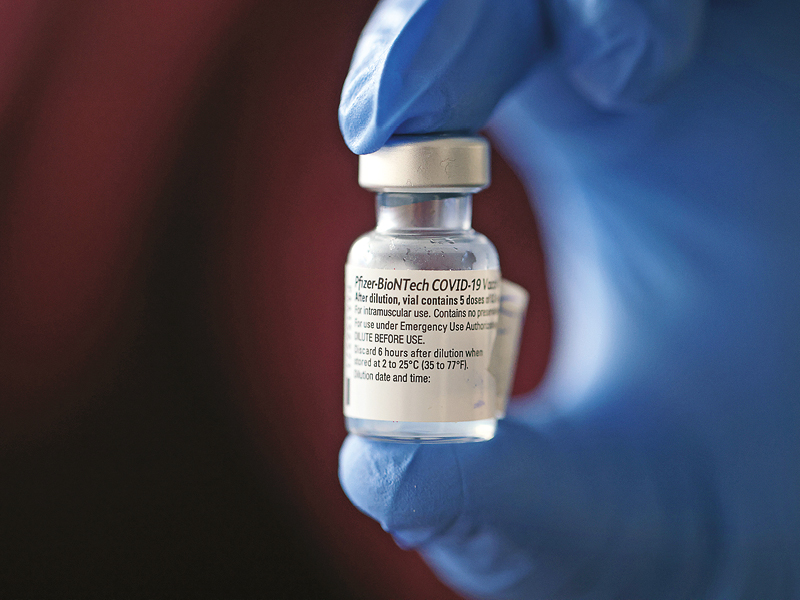 With Oman announcing it will get COVID-19 vaccine soon, people are anxiously waiting for the same. Although it is apparent that the frontline workers will be the ones to be vaccinated first, people are equally optimistic that the shots will protect them.

Prasanth Sampath, a sales executive, said, “I hope that the vaccines start to roll out for common people from early next year. For the past year or so we have lived in fear and pain. Everything from business to relationships have been severely effected and I wish that the vaccine would change that and we get back to living life like before.”

However, most of the private hospitals remain unsure as to when the vaccines will be available in the market.

An official from Al Hayat Hospital said, “We are still awaiting the signal from the government to get the vaccines for people. As of now, nothing regarding charges and time span is known though we remain optimistic.”

Another official from Abeer Hospital said that dates for vaccination have not been announced. Similar responses were received from KIMS and Burjeel hospital as well.

Abbas Moin, a businessman, said he wanted to travel to Pakistan but with so many formalities and PCR tests, it was too heavy a burden on his pocket.

“I have a five-member family including my old mother, and to get PCR tests for all will mean incurring so much expenses. I wish the vaccines will come and we get shots and then travel with peace, with less hassle or expenses. I also wish that the vaccines were affordable and not as expensive as the PCR tests.”

Earlier, H E Dr Ahmed bin Mohammed al Sa’eedi, Minister of Health, said, allaying fears about the vaccine, that there is no proof of any death linked to the COVID-19 vaccine.

He reiterated confidence on society’s awareness and on the role of media in enhancing this awareness.