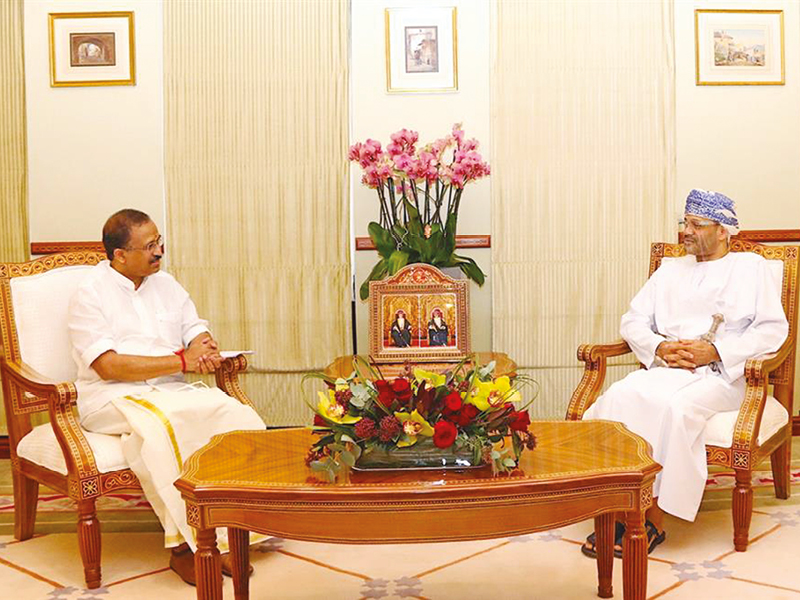 The meeting reviewed means of enhancing relations between the two countries and emphasised the two sides’ keenness in supporting partnership in the economic and investment fields.

The meeting also stressed the importance of cooperation and information exchange within the framework of the endeavours exerted against COVID-19. The two sides exchanged views on the regional and international issues of common concern.

The meeting was attended by H E Sheikh Khalifa bin Ali al Harthy, Undersecretary for Diplomatic Affairs in the Foreign Ministry, H E Munu Mahawar, Ambassador of India to the sultanate, and a number of officials from both sides.

“Had an excellent discussion on our bilateral relations including cooperation in the fight against COVID-19. Appreciate the productive exchange on regional and international developments,” Muraleedharan tweeted.

He thanked H E Sayyid Badr and the Omani government for the support extended to the Indian community in Oman during the difficult period of the pandemic.