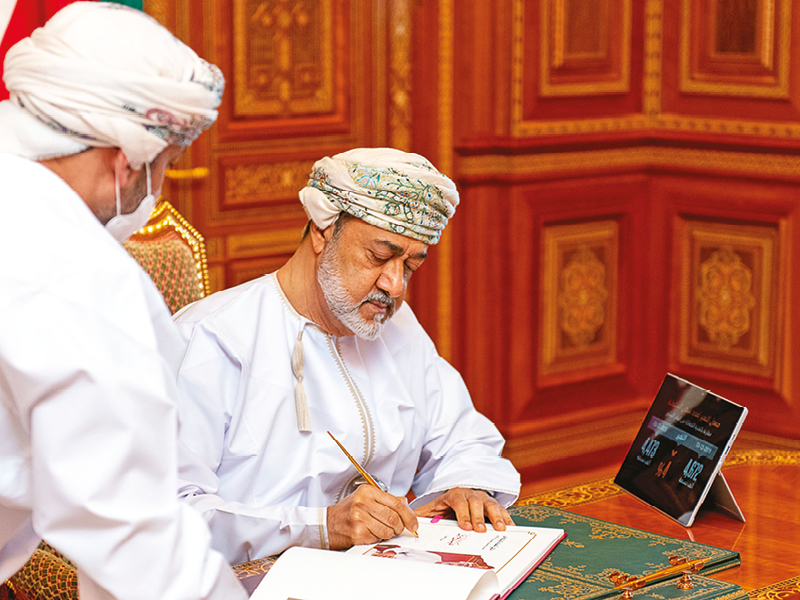 His Majesty Sultan Haitham bin Tarik has endorsed the results of the Electronic Census 2020 of Population, Residences and Establishments, which puts the population of the sultanate as of December 12, 2020, at 4,471,148.

The endorsement came at His Majesty the Sultan’s audience to the chairman and members of the Supreme National Committee of Electronic Census 2020 at Al Barakah Palace on Monday. His Majesty the Sultan expressed his satisfaction with the outcome of this major project which was implemented as scheduled.

His Majesty the Sultan underscored the significance of the data and indicators provided by the census in achieving Oman Vision 2040. He noted that the information will facilitate developmental planning in all sectors of the sultanate.

His Majesty the Sultan also voiced his appreciation for the Supreme National Committee of Electronic Census 2020 and its sub-committees which, he said, exerted great efforts to make the project a success. He also appreciated all government and private establishments, and citizens and residents, for their cooperation and positive response to the census exercise.

Sayyid Hamoud bin Faisal al Busaidi, Minister of Interior and head of the Supreme National Committee of Electronic Census 2020, said that the Royal Directives of His Majesty the Sultan had a great impact on the success of the census.

In a speech at a press conference held on Monday evening, Sayyid Hamoud said that an important national work had been accomplished. “With this, the sultanate presents a pioneering model in the experience of moving from the traditional method of conducting census to electronic census,” he said.

“It was accomplished in schedule time involving fewer human and financial resources compared to previous censuses.”