Excitement and relief as over 41,000 expats register for amnesty 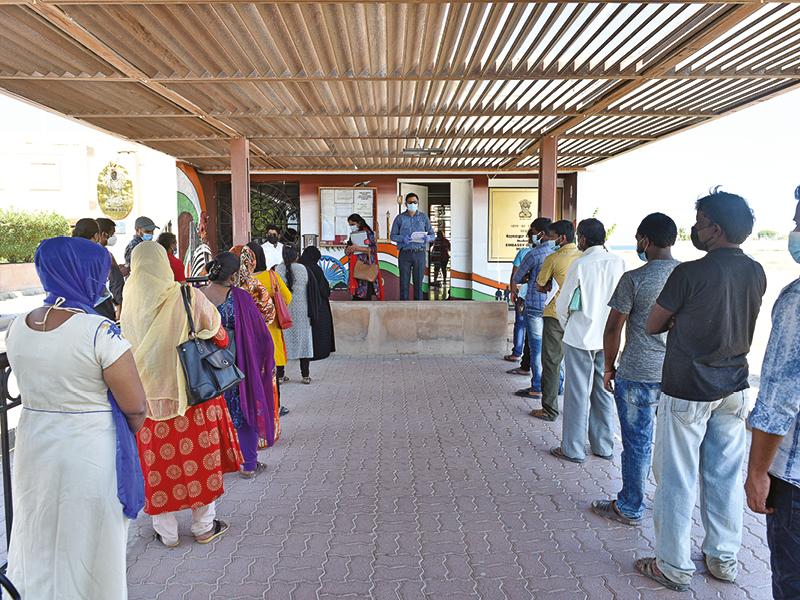 More than 41,000 expatriates, mostly with expired work permits and visas, have already registered to exit the country without paying fines in the grace period ending on Dec 31.

According to the Ministry of Labour, of the total 41,425 expatriates registered in less than one month. Of these, 18,867 had active work permits, 19,415 applicants were unemployed, 2,198 were without work permits and 945 were expats whose permits was cancelled.

Speaking to Muscat Daily, an official at the Ministry of Labour said the available figures are only of those who have registered.

“Some of them have travelled and some are yet to leave the country and the numbers could increase before the end of the grace period,” he said.

Those who have benefited from the amnesty say they can’t thank the authorities enough.

“I always wanted to go back home. Now the day has come. I am so happy. I am sick and tried so many channels in the past but in vain. I thank all those who helped me,” Nurul Alam, a 33 year old Bangladeshi, said before departing on Monday evening.

Bangladeshi woman Shahnaz Mohammad, who left Oman on Saturday, said she couldn’t stop thanking the Government of Oman and those who helped her.

“While in Oman, I had exhausted all my savings and some Omani friends were of immense help,” she said.

Shahnaz said she always wanted to be on the side of her ailing sister in her hometown of Jamalpur.

“I can’t forget how I lost money to people who duped me. One Omani friend informed me that the government was helping people who had overstayed to leave. I registered my name and within two weeks, I was able to leave,” she said.

Saada al Numani, an Omani woman who has done her part in helping both Shahnaz and Alam, said, “We did our part to make sure they leave Oman with good memories. I am glad they are happy and in fact, they came to say bye to me. They are thankful to Oman government and their embassy for the help they received,” she said.