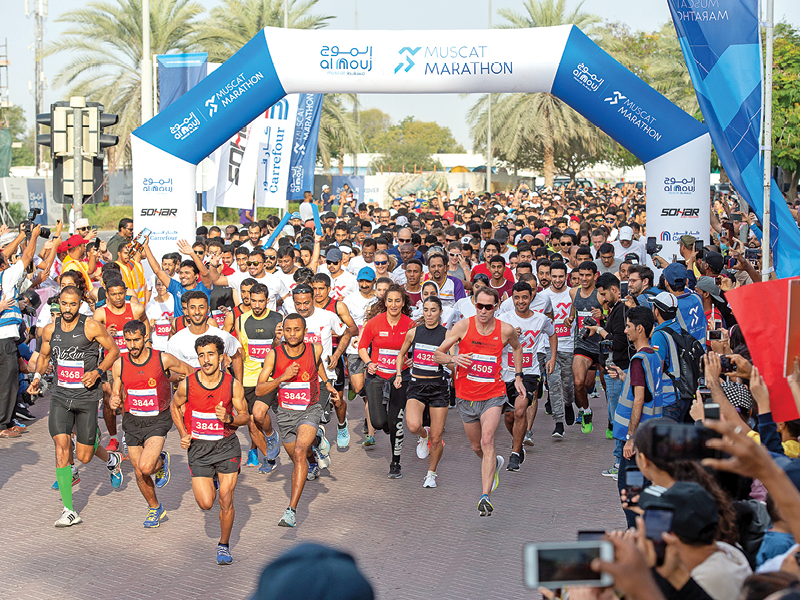 The 2021 edition of Al Mouj Muscat Marathon, which was scheduled to be held on January 15-16, has been postponed to the final quarter of the year.

The popular two-day running festival, which features full marathon, half marathon, 10km, 5km and kids run, and over the years have attracted thousands of runners, has been moved back to the last quarter of the year due to the impact of the coronavirus pandemic and travel concerns for participants, according to an Oman Sail official who spoke on condition of anonymity.

Oman Sail is the main organiser of the marathon along with Muscat Road Runners (MRR) since 2017.

The marathon got a boost in 2019 when the routes were certified by world-running organisation AIMS, aligning the event with International Association of Athletic Federation (IAAF) standards. Organised by MRR since 2012 with a small group of competitors, the marathon has grown by leaps and bounds over the years and has been a much-sought after event annually.

With marathon legend Paula Radcliffe of Britain serving as global brand ambassador and also participating in charity fun run, the 2020

Al Mouj Muscat Marathon in February, witnessed more than 10,000 runners from 102 nationalities taking part in seven different races. The men’s marathon was won by Kenya’s Pius Karanja, while Astede Habtamu of Ethiopia was the women’s champion.

The vibrant two-day running festival had thousands of children taking to the streets of Muscat for the 3km, 2km, and 1km events, with a sold-out 5km charity race also held in aid of the Oman Diabetes Association and Environmental Society of Oman.

Speaking to Muscat Daily on Monday, the Oman Sail official said, “We expect the 2021 edition to be held in the last quarter. Hopefully by then all the funding for the event are in place.”

It may be mentioned that Oman Sail last month had also decided to postpone another of their flagship event- Sailing Arabia-The Tour (SATT) – also to the last quarter of the year. SATT was scheduled to be held from January 24-February 6.