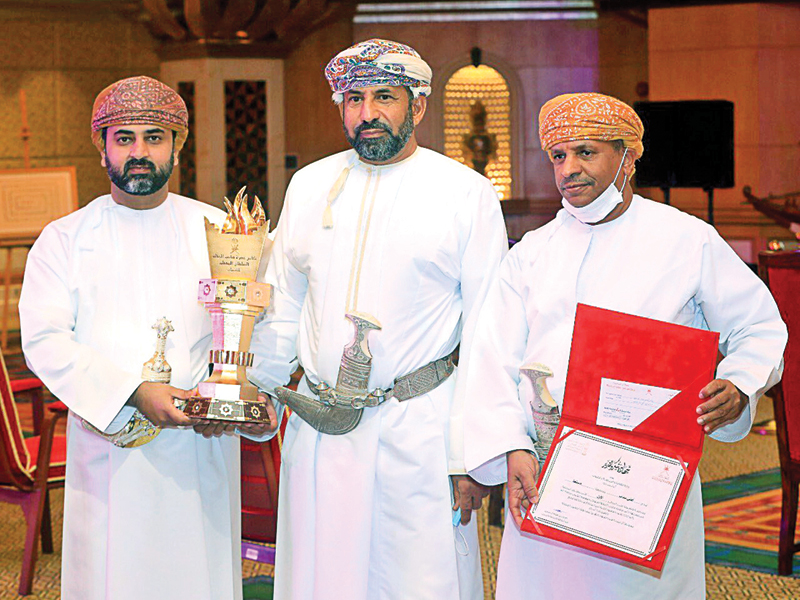 One of the oldest clubs in the sultanate, Ahli-Sidab, did themselves proud when they claimed the prestigious His Majesty’s Cup for Youth for the second year in succession.

The Muscat-based club was on Monday declared the winner of the 2019 HM’s Cup for Youth, the symbol of club supremacy in Oman.

Ahli-Sidab had won their maiden title last year to end the dominance of Seeb Club and their good overall performance over the past year earned them the second title in a row.

Salalah Club came a surprise second while Seeb, which has won the record number of 12 crowns, took the third spot.

The coveted HM’s Cup for Youth was instituted by the Ministry of Culture, Sports and Youth (MCSY) in 1998 to evaluate and award the best performing clubs.  The Cup is regarded to reflect the overall progress made by the clubs in various spheres of sports, culture and youth activities.

On Monday, Ahli-Sidab Club chairman Marwan al Juma received the 2019 HM’s Cup for Youth from the chief guest, H H Sayyid Taimur bin Asaad al Said, chairman of the Board of Governors of the Central Bank of Oman in the presence of H H Sayyid Theyazin bin Haitham al Said, Minister of Culture, Sports and Youth.

The 2019 edition of the HM’s Cup for Youth received a record number of participation with 38 of the 44 clubs in the sultanate submitting the entries for the award.

H E Rashad al Hinai, Undersecretary at the Ministry of Culture, Sports and Youth, announced the top-ten clubs with the winning club, Ahli-Sidab, receiving a glittering trophy and a cash award of RO30,000.

Another top club from Dhofar region, Al Nasr, which had finished third in the 2018 edition, was fourth while Ibri came fifth, the same as in last edition.

Sohar came ninth while neighbouring Saham rounded off the top-ten positions. The ministry awards cash prizes to the top-ten clubs.

The Ministry this time also awarded the winners of the 2020 Youth Excellence Prize at the ceremony.

MCSY had announced in October a list of 21 winners for the Youth Excellence Award, launched to honour the Omani youth for their contributions to the youth sector in nine fields which include the categories of individuals, initiatives, and youth enterprises.

Speaking after receiving the HM’s Cup for Youth, Ahli-Sidab’s chief Juma, said, “It is a big honour. Winning for the first time last year was an accomplishment but to retain the trophy is a testimony of our hard work and team work at the club. Be it the players, administrators, technical staff, board members and youth committees, all worked together for a common goal. A special thanks to our club’s honorary chairman, Sheikh Khalid al Zubair.”

Sheikh Ali al Fadhil, Salalah Club chief, was delighted on the runner-up finish. “2019 was a fruitful year for us. I thank all my team members in sports teams and youth groups for their valuable contributions to this award. Being among the top three of the HM Cup for Youth is a huge encouragement for the club. We would work further and try to win the title next year.”

Yousuf al Wahaibi, Seeb Club’s vice-president, was disappointed on the club’s third-place finish. “We will look into the factors that pushed us down to third place. We have a glorious history in this competition, winning the cup 12 times including four times in a row.”