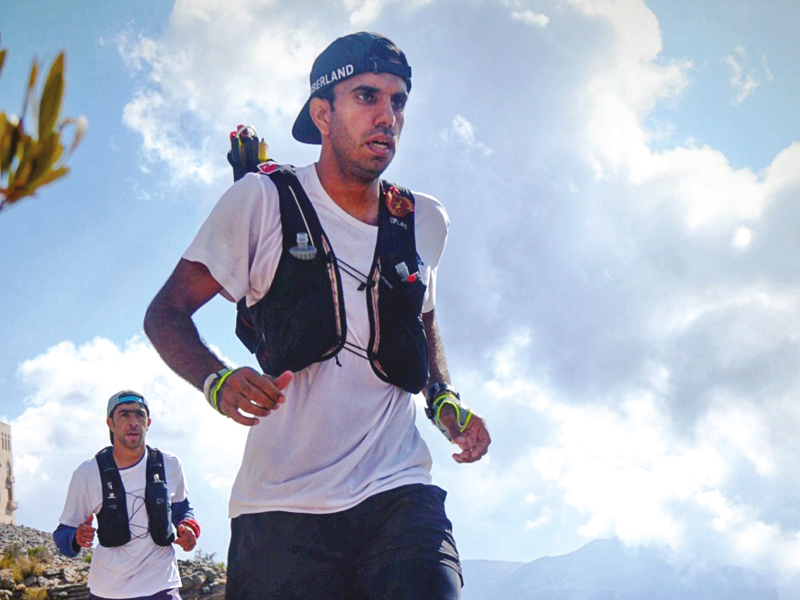 Hamdan al Khatri, one of Oman’s fastest trail runners, reached new heights over the weekend as he broke his own personal best time by completing a challenging 150km course in under 30 hours.

Finishing in 29 hours and 54 minutes, Khatri continued his upward trajectory in the sport and will look to test himself further in 2021.

Speaking at the finishing line in Al Hamra in the middle of cheering crowds of supporters, an exhausted Khatri shared his thoughts on the achievement and said, “I feel incredibly proud to have beaten my previous timings and shown that, even though there isn’t anyone to compare pace with, I was still able to stay focused and finish ahead of schedule. The course is a legacy trail where international runners fiercely competed to complete it, and I’m very pleased to have done that. I wanted to convey my sincere thanks to the adventure and hiking groups for their tremendous technical and moral support along the course which helped accomplish the mission.”

Still considered a relative novice in the ultra-trail world, only taking up the sport in 2015, the 31 year old runner has already gained fame by competing in several Ultra Marathon du Mont Blanc (UTMB) events.

He completed the Oman by UTMB 137km race in 2018 and then became the first Omani to complete the 100km race in Chamonix, France, the home town of the main UTMB event.

In 2019, he returned to Oman by UTMB where his challenge for first place was only just held off by the vastly more experienced winner, Irishman Eion Keith, who subsequently praised Khatri as ‘a tough competitor’ and tipped him for victory in the future.

Khatri is also a familiar face in popular long-distance road and endurance races such as Muscat Marathon and Oman Desert Marathon.

He found the sport by chance, during a fitness course, but has dedicated himself to training and competing. It has taught him to challenge his own abilities and motivated him to raise the bar higher and higher. After notably great strides in 2018 and 2019, Khatri began 2020 with high hopes but preparations for the 2020 season were thrown into disarray when all global events were cancelled.

The attempt began at 7am on December 10 in front of Bayt al Rudaydah Castle at Birkat al Mouz and took him on a 150km circuit around Jebel Akhdar and Jebel Shams, finishing in Al Hamra.