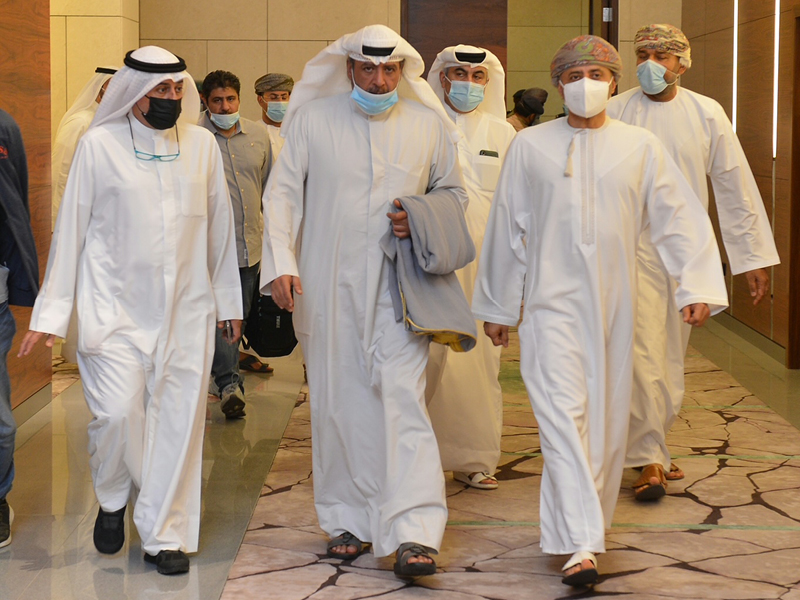 With the arrival of Sheikh Ahmed Fahad al Sabah, the Olympic Council of Asia (OCA) president, in Muscat on Saturday evening, Oman declared its readiness for the hosting of 39th OCA General Assembly in the sultanate’s capital on December 15-16 at the JW Marriott Muscat.

This is the first time that the Oman Olympic Committee (OOC) is hosting the prestigious OCA General Assembly and the two-day meeting assumes significance as the decision on the 2030 Asian Games host city will be made through voting on Wednesday. The general assembly will see participation of representatives of all the 45 National Olympic Committees.

The general assembly has been planned to be in-person and an online event and the OCA and the OOC confirmed the presence of representatives from 32 nations while 13 member nations have opted to participate on the online platform.

The OCA Executive Office will meet on Tuesday while the general assembly will be a day later, when voting for the host city of the 2030 Asian Games will be done from the two-horse race between fierce regional rivals Qatar and Saudi Arabia..

Both Doha, Qatar and Riyadh, Saudi Arabia have submitted their bids to host the multi-sports Games. Voting for the host city will be done electronically for the first time.

During the general assembly, a select few Asian sports personalities will also be honoured for their effective contributions and outstanding efforts in the sports field. The meeting will also see a contract signed with the Organising Committee of the Asian Youth Games Tashkent 2025 while the Olympic Solidarity at the International Olympic Committee (IOC) will review its latest developments. Gunnella Lindberg, Secretary-General of the Association of National Olympic Committees (ANOC) will also give a presentation.

Speaking on Saturday, Kishry said that the hosting of the OCA general assembly is a testimony of the OOC’s growing stature among the Asian nations. “In the past we have proved our credentials with the successful  hosting of the 2010 Asian Beach Games.

“Our good relations with other Asian countries is another reason for the nod to host the general assembly. With representatives of 32 nations arriving to attend the meeting, it is a reflection of  our organisational success.”