No age limit for mosques; Friday prayers still on hold 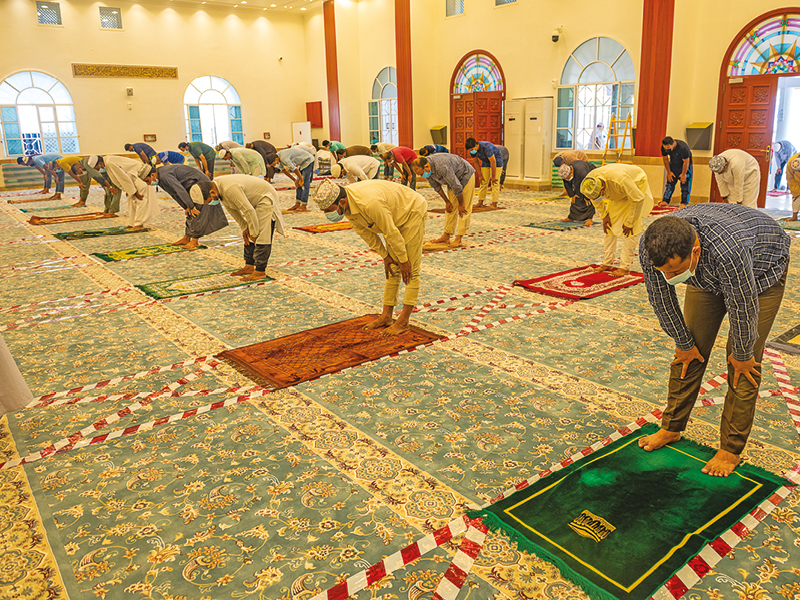 Authorities have relaxed the age restrictions to enter mosques imposed in the wake of COVID-19 pandemic. However, discussions continue on allowing worshippers gather for Friday prayers.

H E Dr Ahmed bin Mohammed al Sa’eedi, Minister of Health, said on Thursday that there is no age-limit requirement to enter mosques.

“We have discussed it with the Minister of Awqaf and Religious Affairs. There is no age limit to enter mosques. However, the mosques have to take necessary precautions to protect the worshippers,” H E Dr Sa’eedi said.

Last month, mosques in Oman reopened. They had been temporarily closed during the pandemic. The reopening of the mosques had been sanctioned by the Supreme Committee to deal with COVID-19, which has stipulated that only mosques that can accommodate 400 worshippers can reopen.

On allowing Friday prayers, H E Dr Sa’eedi said, “Authorities are still discussing the matter and the decision will be announced later.”

Many have been calling for the authorities to allow Friday prayers since all the activities have reopened.

“I think there will be no harm in allowing people to congregate for Friday prayers as long as preventive measures are in place like in other countries,” Khalfan al Khaldi, one of the worshippers at a mosque in Muscat, said.

Others feel that leaving a gap of one or two metres is sufficient even if it means praying from outside the mosques.

“As many activities have reopened, congregating for Friday prayers needs to be given a quick consideration too. It is possible to do so on Fridays as people can pray even on the streets because there is always not much vehicular movement. Hopefully, soon we will gather for Friday prayers,” Mohsin Rashid, an Amerat resident, said.