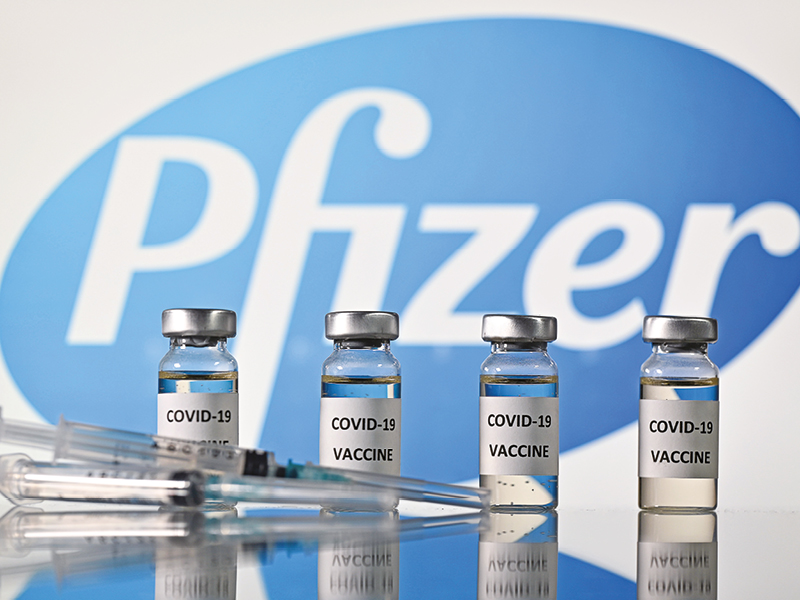 H E Dr Ahmed bin Mohammad al Sa’eedi, Minister of Health, said the arrival of the COVID-19 vaccine doses is expected before the end of the year, and the ministry has identified the priority group for vaccination with a strategy to cover 60 per cent of the total target population to prevent the spread of the disease in the sultanate.

“The target group will get vaccines free, and people who are highly exposed to risks and complications of the disease will be vaccinated according to priority, including frontline workers, basic service providers, patients with chronic diseases and the elderly – with two doses per person,” he said.

“However, we have not yet been given a specific date for the arrival of the vaccine to the sultanate.”

The minister said the priority group will include the elderly over 65, diabetics, people with chronic lung and kidney diseases, frontline workers in the intensive care units and COVID-19 departments.

“The ministry has set up a mechanism to distribute vaccines to other governorates,” he added.

H E Dr Sa’eedi indicated that there is no evidence or confirmation that there was a death because of the vaccine.

“There is no law that compels a person to have any vaccination except for some groups of children, so the vaccine will not be compulsory,” he said.

He said that the number of cases since mid-October has been in a steady decline due to citizens and residents’ compliance with the precautionary measures.

“Opening of activities does not mean that life has returned to normal or that the virus is not present. The number of infections can increase again,” he said.

Meanwhile, the authorities announced that passengers travelling on airlines to Oman need not conduct a PCR test before arriving in the country.

“Those travellers coming to Oman via land borders must bring a PCR, while those arriving by flight at the Muscat International Airport need not carry a PCR test report as the test will be done at the airport itself,” Dr Saif al Abri, director general of disease surveillance and control at the Ministry of Health, said.