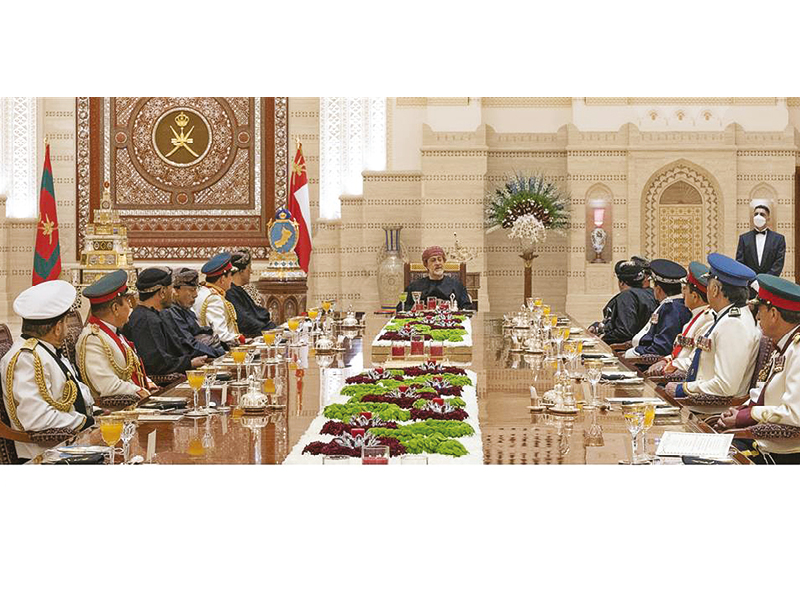 His Majesty Sultan Haitham bin Tarik, the Supreme Commander, hosted a dinner at Al Barakah Palace on Friday on the occasion of the Armed Forces Day which is observed on December 11.

The event was hosted by His Majesty the Sultan, Supreme Commander of the Armed Forces, to honour all military formations and units on the day for their dedication to the sacred duty of defending the homeland, protecting its security, ensuring its stability and safety, as well as upholding its achievements, which lead to security, safety, harmony and peace in Oman.

On the occasion, His Majesty the Sultan gave his blessings to the Armed Forces to set up As-Sumood Radio. This was a gesture reflecting his recognition of the sacred role undertaken by his Armed Forces and reaffirmation of his attention to all defence personnel.

To mark January 11, the day His Majesty the Sultan took the reins of the country, As-Sumood Radio will be launched on January 11, 2021.

As-Sumood Radio will be yet another channel through which the sultanate will highlight the nobleness on national duty and the sacred mission entrusted to the SAF as they defend the country and safeguard its achievements.