Give mountains their due 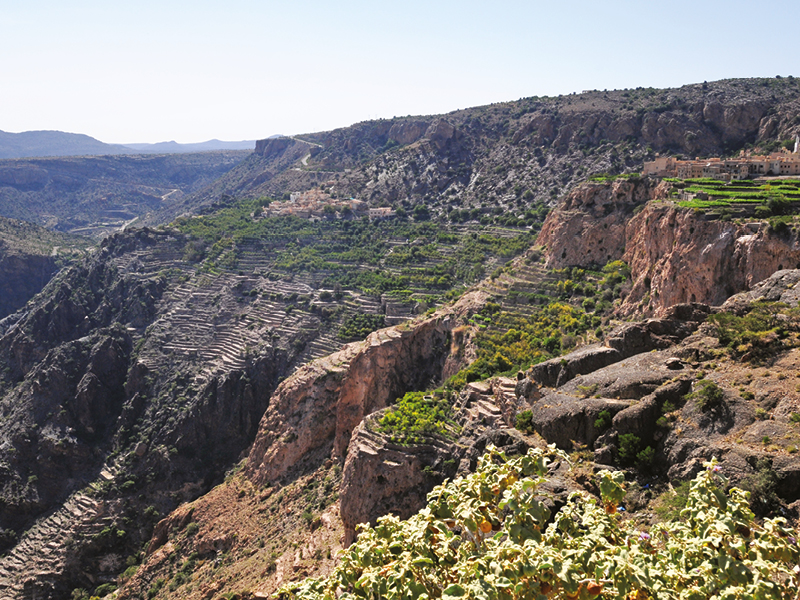 With mountains being home to 15 per cent of the world’s population and about half of its biodiversity hotspots, there is increasing attention to their importance which has led the United Nations to designated December 11 as International Mountain Day.

According to the UN, mountains are under threat from climate change and overexploitation. ‘As the global climate continues to warm, mountain people – some of the world’s poorest – face even greater struggles to survive. The rising temperatures also mean that mountain glaciers are melting at unprecedented rates, affecting freshwater supplies downstream for millions of people. This problem affects us all. We must reduce our carbon footprint and take care of these natural treasures,’ the UN has stated.

To mark the International Mountain Day in Oman, the Embassy of Switzerland in Muscat has produced a short film to illustrate this connection. According to H E Balz Abplanalp, Ambassador of Switzerland to Oman, the sultanate and Switzerland have strong attachment to mountains and farmers in both countries consider it an important task to keep the mountain environment intact.

“With their work, they make an invaluable contribution to the biodiversity of mountains. Biodiversity is the theme the UN has selected for this year’s celebration of the International Mountain Day,” H E Abplanalp said.

In the film, Omani and Swiss farmers share their experience of living and making a living on mountains. “While they have different cultural backgrounds, their experiences and views on farming on the mountains are surprisingly similar,” H E Abplanalp said.

Having gown up himself in the heart of the Swiss Alps, the matter is close to his heart. “Mountains are not just a décor; their powerful presence shape the minds and aspirations of the people living there. And their sometimes harsh environment requires – as nature in general – due respect.

“On the occasion of the International Mountain Day, we celebrate this landmark element connecting our two countries. Oman and Switzerland share many similarities; one of these is their impressive mountain ranges,” H E Abplanalp said.

About the theme of ‘Mountain biodiversity’ for International Mountain Day 2020, the UN states: ‘Let’s celebrate their rich biodiversity, as well as address the threats they face. Mountains loom large in some of the world’s most spectacular landscapes. Their unique topography, compressed climatic zones and isolation have created the conditions for a wide spectrum of life forms.’

It also states that differentiated topography in terms of altitude, slope and exposure in mountains offers opportunities to grow a variety of high-value crops, horticulture, livestock and forest species.

At the event to announce the film, a line sketch by Swiss artist Aline Stalder was also unveiled at the embassy. Explaining the piece – titled ‘Constructed Yearning’ -Sabina Laderach, counsellor and deputy head of mission, said the link between natural and man-made landscapes is an important element.

“When the artist moved from the mountains to the plains in 2017, she painted a 16m mountain panorama to take the beloved mountains with her. The panorama has now been cut into seven fragments and sent to different Swiss Embassies throughout the region where mountains are a characteristic feature. One of them has arrived in Oman and is creating a link between this country, Switzerland and the wider region,” Sabina said.