Cool Tuesday calls for a day out 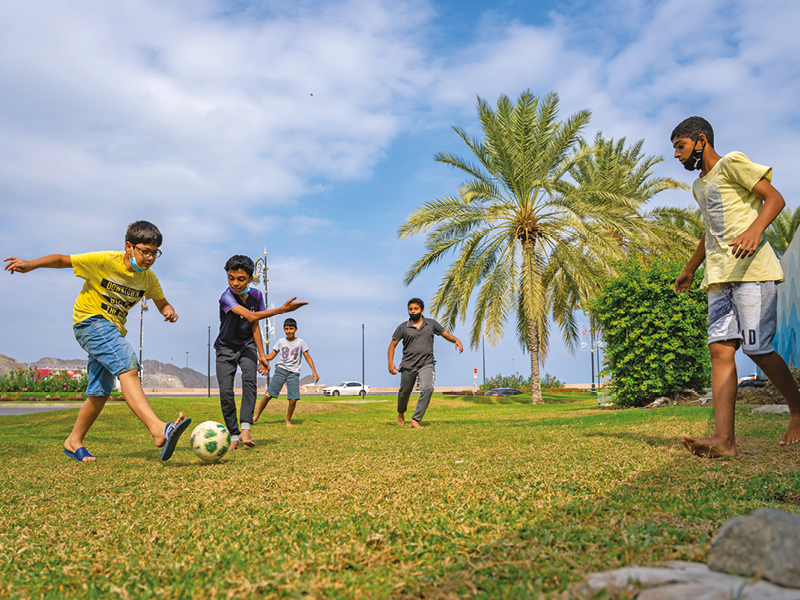 Temperatures dropped further and Oman experienced some light showers on Tuesday. It was just what the doctor ordered for a perfect outing.

Official sources at the directorate general of meteorology stated that the skies on Tuesday would be partly cloudy to cloudy with isolated and northerly to northwesterly light to moderate wind. Given the nice, cool weather, some citizens and residents Muscat Daily spoke to said they quickly planned a day out with their families.

“The weather was perfect for a quick day out. Fortunately, it was my off day and I had plans to go somewhere alone. But when I noticed the weather being so attractive, I changed my plans and  told my family to prepare so that we could go out to enjoy the breeze on the beach,” Ismail al Barraam, staff nurse at a government hospital, said.

He said he drove around Muscat. “We started from the Muttrah beach where we spent some 45 minutes just enjoying the view and cool breeze. From there we went to Shatti al Qurm and then drove further till Al Mouj beach. It was happy family time,” Barraam said.

The day saw light showers in some parts of the city, lured some others to take a day off.

“Waking up to the cool day prompted me to request for a half-day off to take my family out. Luckily my boss and my colleagues are understanding. I visited the Azaiba beach and spent half of my day there with my wife,” said Omar Abdullah, a private sector employee.

Others planned long drives outside Muscat. “After my children finished their classes, I took them for a drive to Quriyat where we spent a few hours enjoying the views of the sea. It has been long since we had a day out. We anticipated that the weather would be cool,” said Amour al Naamani, a retired private sector employee.

Those who thought a day out would be ruined by showers decided to stay at home and enjoy.

“The cool weather prompted me to have a nice breakfast in my home garden. I spent the rest of the day in my compound cleaning my garden. I did not want to go out because I was not sure if it would rain,” said Fuad al Farsi, an Amerat resident.

According to the Directorate General of Meteorology, the skies over most of the sultanate will be clear with noticeable reduction in temperature on Wednesday, too.