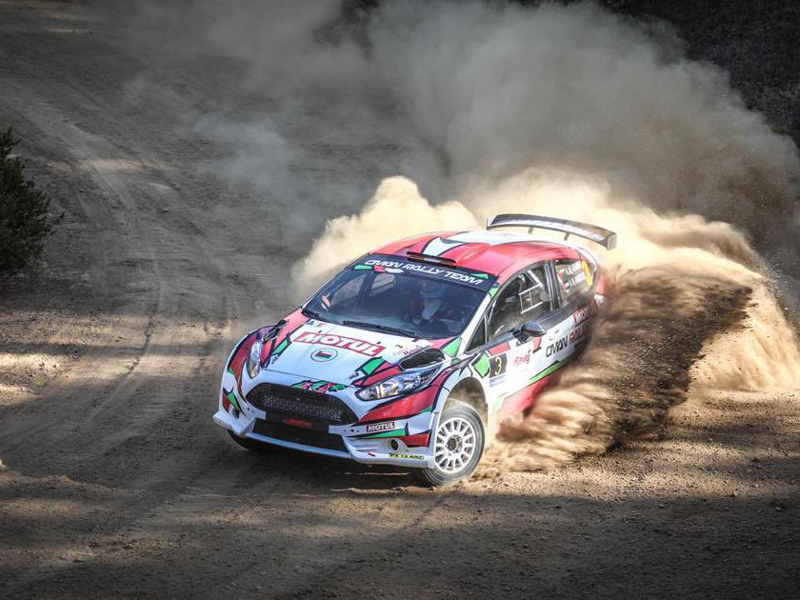 For the 23 year old, finishing on podiums have been part of his young career as the Muscat-based go-karting champion-turned rally driver have climbed podiums on many occasions over the past decade

The truncated 2020 MERC season witnessed only two of the five-leg series completed and Rawahi admitted that ‘there weren’t many rallies’ but the fact that he could compete against legendary Qatari ace Nasser Saleh al Attiyah, who won the MERC title for the 16th time, was itself a ‘great learning experience’.

Rawahi was declared runner-up in the 2020 MERC after the organisers decided to announce the season’s winners following the cancellation of Lebanon International Rally in November.

Attiyah, 49, a three-time Dakar Rally champion, and his French navigator Mathieu Baumel won the first round of the championship in Oman before the Qatar and Jordan rounds were cancelled due to the coronavirus pandemic. Attiyah then won the Cyprus rally in October before the Lebanon event was cancelled.

Rawahi, and his co-driver Ata al Hmoud of Jordan, had surprised their experienced rivals with their performances in the Oman leg and in Cyprus and the display helped them finish second overall.

In his exclusive remarks to Muscat Daily, Rawahi said, “It was a fantastic experience competing with Nasser al Attiyah, a legend. To be able to give a good fight during one of the stages in Oman was the highlight of my 2020 season in which I could race only two legs of MERC and participate in the Jordan National Rally.

“Attiyah’s words of encouragement after my performance in Oman are worth the weight of gold and I cherish them most. To be competing along with him gave me a big boost as I am still young to the sport of rallying. It has been only two years since I began my rallying career. I look forward to a stronger and better season in 2021.”

Rawahi also confirmed to Muscat Daily on Monday that he will participate in the opening round of the MERC 2021 season, which kicks off in Qatar on January 28.

“I am a bit busy with my academic pursuits right now but will be soon on tracks to prepare for the Qatar International Rally, which will launch the 2021 MERC season this time. Last year, it was Oman that hosted the first leg. Hopefully, we will also host a leg of the 2021 MERC,” said Rawahi.

On Monday, the Qatar Motor and Motorcycle Federation gave the details of the MERC opening round (January 28-30).

The MERC series developed from the Gulf Rally Championship in 1984 and the popular and demanding series is known for its challenging desert terrain and rigorous special stages.

The 2021 opening round will be based at the Lusail Sports Arena and features a sealed surface super special and two subsequent legs of four and six further gravel stages in the Qatar deserts. There will be competitive 208.78km in a route of 608.17km. The ceremonial start and the opening super special stage will take place at Katara in Doha. It would be followed by two days of desert stages with the podium finish also to be held at Katara on January 30.