State Council refers draft budget for 2021 to Council of Ministers 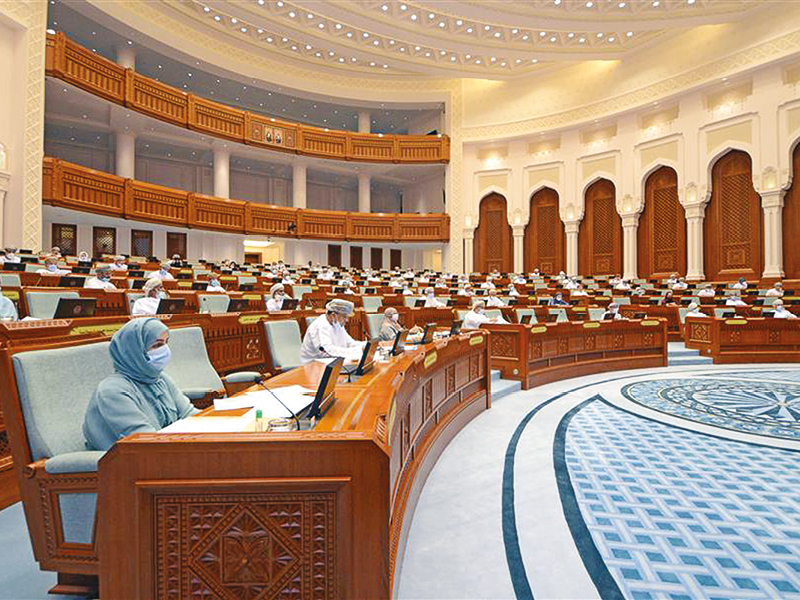 The State Council on Sunday referred the draft budget to the Council of Ministers after a meeting chaired by H E Sheikh Abdul Malik bin Abdullah al Khalili, said a press communiqué.

The Draft State’s General Budget for the financial year 2021 has been sent to the Council of Ministers with recommendations of the State Council and Majlis A’Shura that have been proposed after a discussion on the report of the State Council’s Expanded Economic Committee.

The council chairman welcomed the members and reviewed the agenda of the sitting, which he said was devoted to ‘discussing the draft of the State’s General Budget for the fiscal year 2021, the report of the Economic Committee and the heads of the standing committees regarding it, in addition to reviewing the tenth five-year development plan (2021-2025) and the report of the Expanded Economic Committee on it’.

The head of the Economic Committee of the council later delivered a statement of the Expanded Economic Committee on the draft budget for 2021 and noted that ‘the tenth five-year development plan (2021-2025) and the Draft General Budget for the fiscal year 2021 coincide with an important stage’ of development in the sultanate on the basis of the first phase of Oman Vision 2040.

In light of the current exceptional circumstances caused by the decline in oil prices and the continuation of the COVID-19 pandemic, he said that the report assessed the implications of all these factors ‘on the national economic activity, on public finances estimates, economic growth expectations, employment levels, in addition to the social impacts on all society segments’. The committee head stressed the importance of strengthening efforts to confront the challenges facing the tenth five-year development plan and limiting its effects on the national economy and on the Omani citizen.

“The Expanded Economic Committee discussed the tenth five-year development plan 2021-2025, along with the Draft of the State’s General Budget for the fiscal year 2021 and the fiscal balance programme 2021-2024 as integrated elements with mutual effects, mentioning that the ‘financial balance’ programme is considered as a medium plan,” he added.

The five-year term represents ‘the path on which the Draft General Budget for the fiscal year 2021 was based with the aim of giving the budget a strategic dimension and greater flexibility in adapting to changes in the revenue and expenditure sides’, the communiqué added.

The committee head explained that the tenth five-year plan aims to promote human development, preserve human capital, stimulate economic activity in partnership with the private sector, support the role of small and medium enterprises, expand the base of economic diversification, and develop mechanisms and programmes for productive structures. It also aims to develop macroeconomic environment and achieve financial sustainability, in addition to achieving balanced development for the governorates, the State Council statement said.

“The Expanded Economic Committee concluded with several recommendations and visions on the draft budget, including stressing the importance of developing policies to expand the production base, and activating initiatives and activities that would increase dependence on non-oil sectors, and untapped resources and benefit from the comparative advantages, expand revenue streams and provide the opportunity for more investments and benefit from the capabilities and high-cost infrastructure provided by the Omani economy,” the committee head said.

At the conclusion, the State Council chairman appreciated the efforts put in by the ministries of Finance and Economy in ‘completing the Draft General Budget, the tenth five-year plan and its executive programme (2021-2025) within limited time’ following ‘the changes in the structure of the State’s Administrative apparatus’.

The changes in the administrative apparatus led to the establishment of the Ministry of Economy and defined its terms of reference, and this coincided with the need to prepare the plan and announce it, the State Council said.

H E Sheikh Khalili also thanked the members of the Expanded Economic Committee for their efforts exerted to study the draft budget.

He expressed hope that the views of the members would contribute to enriching the project and combine with the government’s efforts to achieve financial sustainability, and strengthening of the Omani economy and enable it to face challenges.

‘The State Council continued discussing the items on the agenda and approved the minutes of the first Ordinary Sitting of the second annual session of the seventh term, and viewed the report of the General Secretariat on the Council’s activities.’