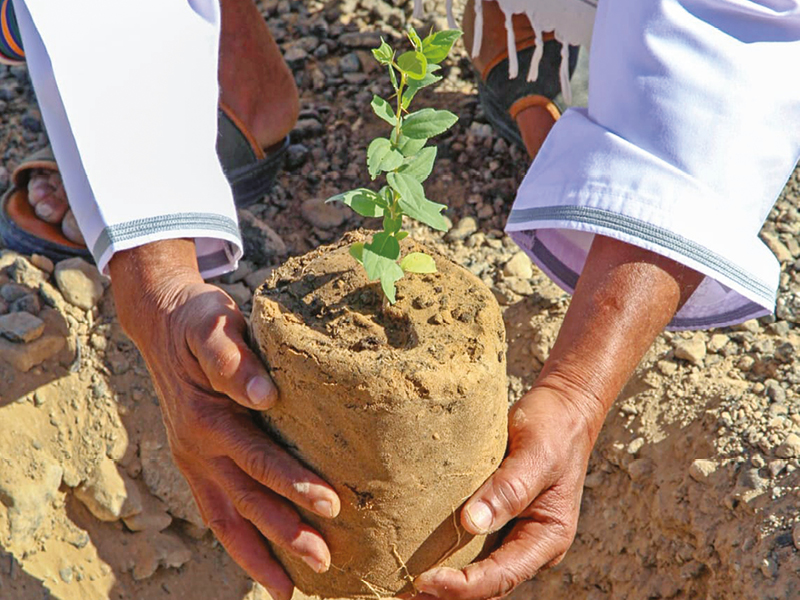 To encourage community members to participate in its campaign to plant 10mn wild tree saplings in the next ten years, the Environment Authority (EA) has honoured a citizen who donated 16,000 seedlings of hardy indigenous Omani trees.

Said Hamoud al Habsi, fondly known as ‘Smiling Man’, is a farmer from the wilayat of Mudhaibi in North Sharqiyah.

Recognising Habsi’s efforts, the EA chose him as a volunteer for its initiative to plant 10mn indigenous wild trees by 2030.

“This year, I gave the EA 16,000 seedlings of indigenous species, including sidr and ghaf, for free as a contribution to the national initiative to plant 10mn trees.

“Preserving biological diversity and protecting wildlife is everyone’s responsibility. It is the obligation of every individual, whether a citizen or a resident of the sultanate.”

Habsi aims to produce seedlings of local varieties of trees, such as sidr, ghaf and samar, which are among the most important species that can be grown in the arid climate of the sultanate.

Habsi is committed to collecting wild seeds and planting a thousand saplings in each wilayat of the sultanate. He has set himself this challenging task despite his ongoing fight with cancer. It has not stopped him from volunteering for a worthy cause.

“I hope all members of the community participate in this national drive and I thank the EA for honouring and supporting me.”

According to the EA official, the initiative embodies the partnership and cooperation between the authority and the private sector to preserve the environment and achieve sustainable development. “It aims to increase and improve green cover in pastoral, natural and degraded areas, as well as raise awareness of the importance of increasing green spaces and its benefits to the environment and society,” he added

The authority is currently focused on producing healthy seedlings of sumr, tiq, talh, mitan, sarh, alalan and shue, besides sidr and ghaf that can withstand difficult climatic conditions.