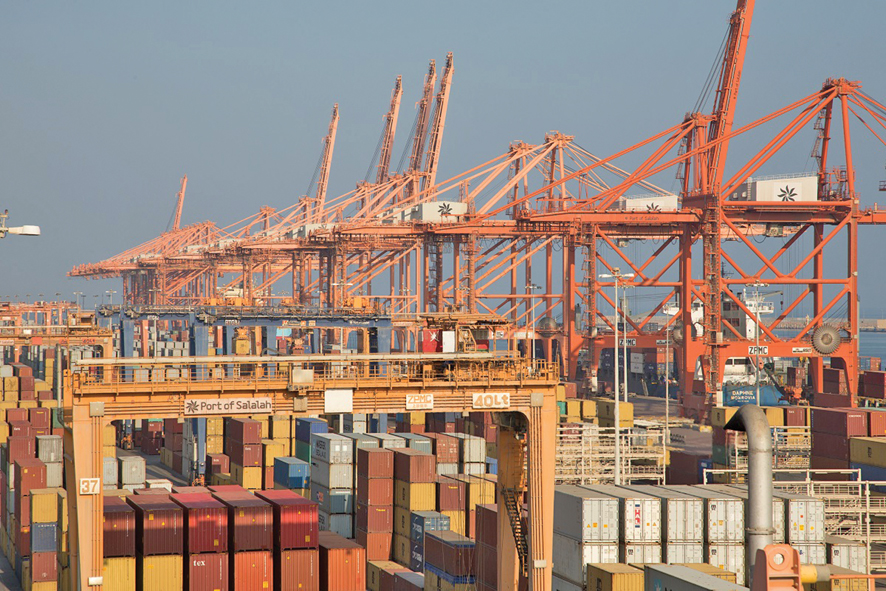 Despite the negative impact of the coronavirus pandemic on global trade and shipping industry this year, Port of Salalah marked an 8 per cent increase in its total container throughput for the first nine months of 2020.

Port of Salalah’s container terminal handled 3.220mn TEUs (twenty-foot equivalent units) during the January–September period of 2020 compared to 2.995mn TEUs handled in the same period of 2019, Salalah Port Services Company (SPSC), which operates and manages Port of Salalah, said in its financial report submitted to the Muscat Securities Market.

SPSC said that the increase in container terminal volumes has been possible due to strong support from one of the port’s major customers despite a very challenging business environment.

On productivity, SPSC said, the container terminal has registered consistent improvements in Port Moves Per Hour during the first nine months of 2020. This showcases the organisation’s success in focusing on continuous improvements.

According to the SPSC report, the revenue from container terminal has increased by 3.6 per cent this year compared to the corresponding period of last year due to growth in volumes.

Port of Salalah’s general cargo terminal handled 10.837mn tonnes of general cargo during the January–September period of 2020, a decrease of 5 per cent as compared to 11.467mn tonnes in the same period of last year. ‘The negative growth of general cargo volumes continued in the third quarter with lower throughput of the commodities like gypsum and limestone driven by the lockdown measures in the second quarter and the closure of the border due to the COVID-19 pandemic,’ SPSC said.

‘This includes a compensation received from insurance parties of RO11.25mn. The underlying net result of first nine months of 2020 excluding insurance settlement was RO4.104mn,’ SPSC said.

Port of Salalah was badly impacted by Cyclone Mekunu in 2018. SPSC reached a settlement with the insurance parties for RO26.05mn for loss and damage compensation, which was accepted by SPSC board in February 2020.

‘In this regard, an advance payment of RO14.808mn was already received in 2018 and recognised as income in the 2018 financial statements. The balance of RO11.25mn is fully received and recognised in the in first six months of 2020,’ SPSC said in its report.

The company noted that the port saw container volumes dip in the last two months mainly due to COVID-19 impact on manpower resource availability. ‘Steps taken to mitigate this situation have helped avert any negative impact for the full year and it is forecasted that container volume will pick up in the fourth quarter as the current trend indicates.’

SPSC also expects general cargo volumes to improve in the fourth quarter compared to the third quarter, primarily due to the pick up in demand for gypsum.