Oman reasserts its ‘culture of peace’ at United Nations 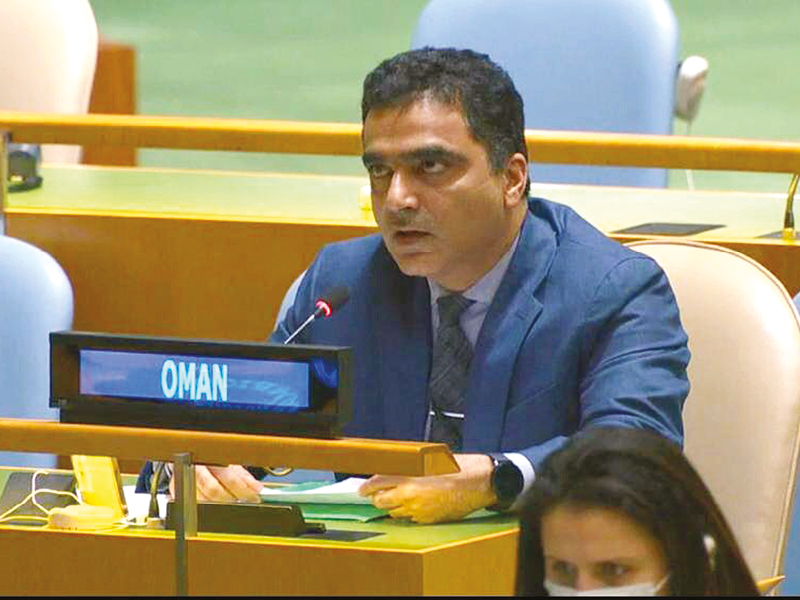 The ‘culture of peace’ is accorded a special status in the sultanate’s policy as reaffirmed by His Majesty Sultan Haitham bin Tarik.

This was stated in the sultanate’s speech delivered by Ahmed bin Dawood al Zadjali, Deputy Representative of the sultanate to the United Nations, at the UN general assembly meeting on Wednesday.

In his speech, Zadjali quoted His Majesty the Sultan’s Royal address of February in which he said, “Oman’s message of peace will continue to the world, conveying a great legacy and noble objectives, building rather than demolishing, working for rapprochement rather than distancing.”

Zadjali said that peace is one of the greatest bounties, since it is the mainstay of stability of nations and the factor that accelerates cooperation among countries. He explained that the sultanate has embraced peace and that it has strong conviction in its significance.

Oman espoused peace as a permanent component of its foreign policy and a noble objective that it strives to achieve in its relations with all countries of the world, said Zadjali. The sultanate will continue to be a supporter of the culture of peace in its full sense, and its values and ethical principles that encourage non-violence.

“Peace cannot be achieved by words, but by proper action that conforms with international values and principles, without prejudice to the UN Charter,” Zadjali reaffirmed in his speech.