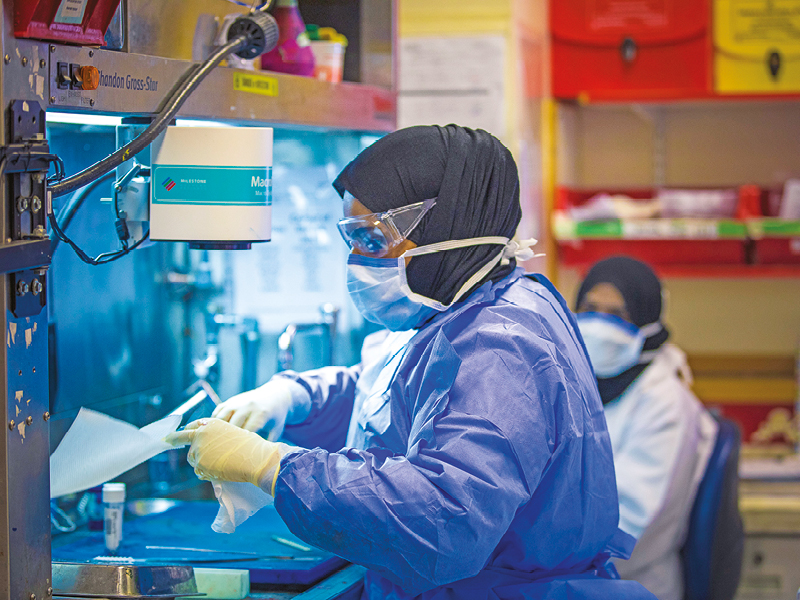 The Ministry of Health has released details of a study conducted to identify conditions that increase risk of severe illness from the virus that causes COVID-19. The study also took into account trends in hospital and intensive care units (ICUs) admissions and deaths related to the disease.

The ‘Population-based Analysis Study of COVID-19 Patients’ in the sultanate found that patients over 60 years of age had a higher risk of hospital admission (eight times), ICU admission (11 times) and mortality (four times higher) than those aged 15 to 60. The study showed an increased risk of death among patients with certain chronic diseases, including chronic lung diseases (four times), BMI>40 and chronic kidney disease (three times).

The study was conducted with data obtained from the National Surveillance Database of COVID-19, and included 68,967 laboratory-confirmed cases of the disease diagnosed from February 24 to July 19, 2020.

The study revealed that 74 per cent of patients were male in the age group between 15 and 60 years. Fifty per cent of the cases were registered in Muscat, similar to the spread of the pandemic in capital areas in many other countries. This was also reflected in the high number of hospital and ICUs admissions and deaths in Muscat governorate.

The study found that the majority of recorded cases (81 per cent) were mild to moderate in terms of severity, while 14 per cent were classified as severe and five per cent as critical.

During the study period, the rate of admission in general wards was four per cent, whereas 0.4 per cent were admitted in ICUs. COVID-19 was recorded as a cause of death in 0.5 per cent of the cases, with an estimated mortality rate of 8.2 per 100,000 population out of the total population of the sultanate (4.49mn).

Forty per cent of the cases suffered from fever, 38 per cent had cough, 37 per cent had sore throat, 34 per cent did not suffer from any of the symptoms studied and 12 per cent reported the presence of the three mentioned symptoms simultaneously.