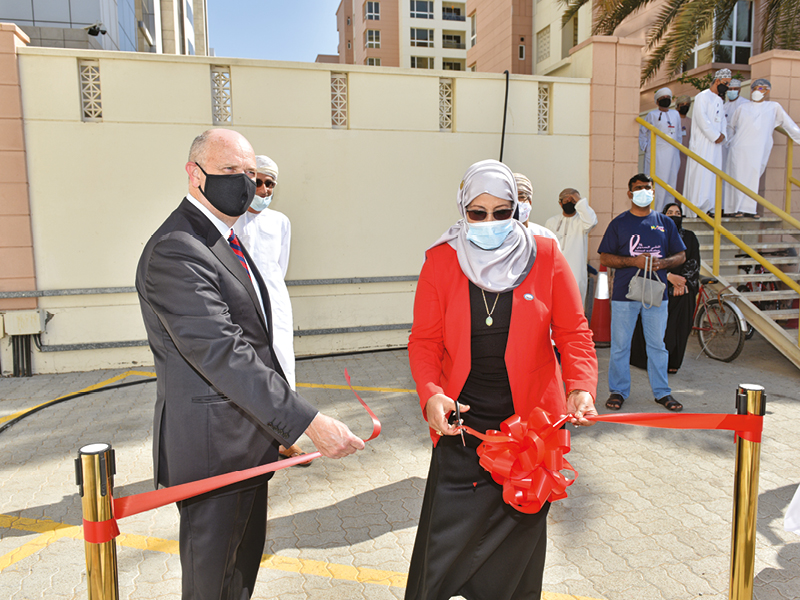 The second mobile mammography bus is ready and set to serve the women of Oman. The bus, bigger and larger than the first, is the initiative of Oman Cancer Association (OCA), a not-for-profit organisation dedicated to raising cancer awareness among the public.

The second mobile mammography unit is supported by Oxy Oman. It was inaugurated on Monday at the Oxy Oman office in Ghubra in the presence of OCA and Oxy officials.

Speaking about the unit, Dr Wahid al Kharusi, president of OCA, said, “Over the last few years, our first unit has travelled the length and breadth of the country and it was time for a second unit. Oxy has been very supportive and the proposal to help us got approved in less than three months. Even at this time of the pandemic, when corporations are sceptical about extending any help, Oxy has been very helpful.”

He added that Oman now has two mobile mammography units which will not only do regular check-ups but will also be committed to raise awareness on cancer. “Prior to the services of the first mobile unit, 85 per cent of the cancer cases detected in Oman were in the Stage 3 or 4. Now cases are detected in Stage 1 or even Stage 0, saving time and expenses. We expect that the second unit will help society even more.”

The first mobile unit was started in 2009 by Yuthar Mohammed al Rawahy, founder of OCA and a cancer survivor herself. She believed that the unit must reach women in every part of the sultanate. The first mobile mammography unit has served almost 24,000 women of different nationalities.

Steve Kelly, general manager of Oxy Oman, added, “I have been associated with OCA for some years and feel extremely honoured to support the mammography unit. The bus, which raises awareness, is also a direct message to the public for preventive care.”