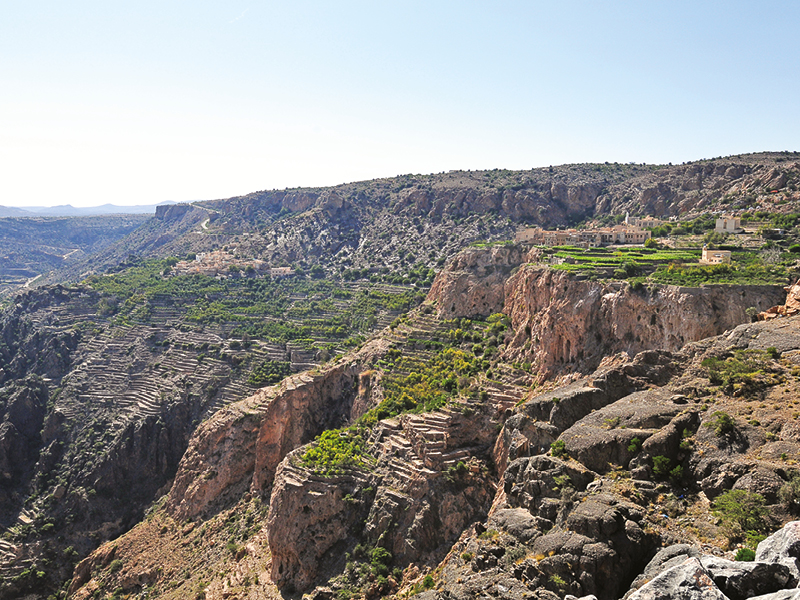 To stimulate domestic tourism and to attract tourists from different countries of the world, authorities in Oman are looking into developing a natural history museum in Jebel Akhdar.

Responding to several tweets regarding such a project, H E Salim bin Mohammed bin Said al Mahrouqi, Minister of Heritage and Tourism, confirmed through Twitter that it will be among the components of the tourism and urban development plan of the ministry.

He said, “Jebel Akhdar is witnessing development of specific projects adding to the options that enhance its position as a distinct year-round tourist destination. The coronavirus pandemic has proved that domestic tourism is an important factor for the economy. The occupancy rate at tourist facilities reached more than 95 per cent (during the holidays).”

Calling on H E Mahrouqi, a citizen, Mohammed al Eisari tweeted, “We want a museum for the heritage and natural history in Jebel Akhdar. We hope that the museum reflects the natural heritage of Jebel Akhdar.”

Responding to Eisrai’s tweet, H E Mahrouqi stated that it will be part of the tourism development plan in the area.

Yousef al Shabibi another Omani Twitterati, said, “I hope to see the launch of an Omani television channel that reaches the world. Similar to National Geographic, but only concerned with tourism in Oman, to reach various countries of the world to promote tourism.”

“We hope that a cable car (ropeway) is established in Jebel Akhdar, creating a similar atmosphere like the Genting Highlands in Malaysia,” Imad al Hadhrami, another citizen, tweeted.

Moosa al Jahdhami said, “A cable car project in Jebel Akhdar will make it a tourist destination not only nationally, but also at the regional and the international level.”

One Omani Twitterati said, “There are many hotels and more are under construction in Jebel Akhdar. This diversity in hotel services will contribute to creating a tourism environment that fits most of the local and foreign community, which will contribute to the growth of the tourism sector and the accompanying services.”

Another citizen tweeted that the iconic site should be a modern structure that keeps pace with Omani Renaissance.

“One such project, such as a cable car, should also be the centre of attraction in the Governorate of Dhofar,” he said.

Another citizen tweeted, “Our castles and forts are historical treasures. We should hold cultural activities and national celebrations on a permanent basis in them. Booklets and other things should be sold in them to tourists and visitors, yielding financial return for the country.”

Another Omani Twitterati said, “Jebel Akhdar needs a walkway, zoo, parks and cable cars and a market for farmers to sell their produce.”