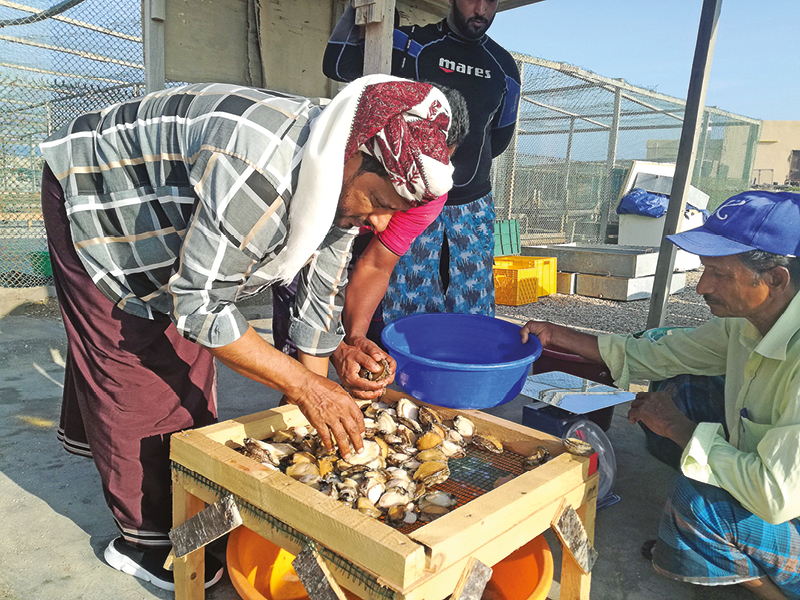 The Ministry of Agriculture, Fisheries and Water Resources has banned harvesting, collecting and dealing in abalone during the 2020 and 2021 fishing seasons.

In a statement the ministry said, ‘With the exclusion of fishing companies and individual fishermen who possess registered quantities of abalone from past seasons, the decision bans the possession, sale, purchase, distribution, transport, storage and export of abalone during the two seasons, which means dealing in abalone will be restricted solely to registered quantities.’

The ministry had only last year lifted the ban on abalone fishing after it banned it for two years in 2017 in order to replenish the stocks, which  continued to fall during the last few years. The season was opened from December 7 to December 16, with the prohibition in place for the full year.

Abalone catch has dwindled over the years in Omani waters, with yearly catch hovering between 50-55 tonnes. It went up to a high of 149 tonnes in 2011, when fishing of abalone reopened after a moratorium of three years on harvest, sale and export.

With dwindling catch, the ministry has imposed bans on fishing abalone from time to time, with the last one being imposed for two years in 2017.

The ministry also said that the shrimp fishing season in the sultanate will end on November 30. The ban on fishing and trading of shrimp is from December 1, 2020, till the end of August 2021.

The ministry, in its announcement, warned artisanal fishermen, all companies, institutions, hotels, restaurants, and individuals whose business is related to buying, selling and trading in shrimps, to adhere to the end dates of the shrimp fishing season and to record the quantity of shrimp they have after the end of the season. It noted that trading any quantity will not be allowed after the end of the season unless it is registered with the ministry.