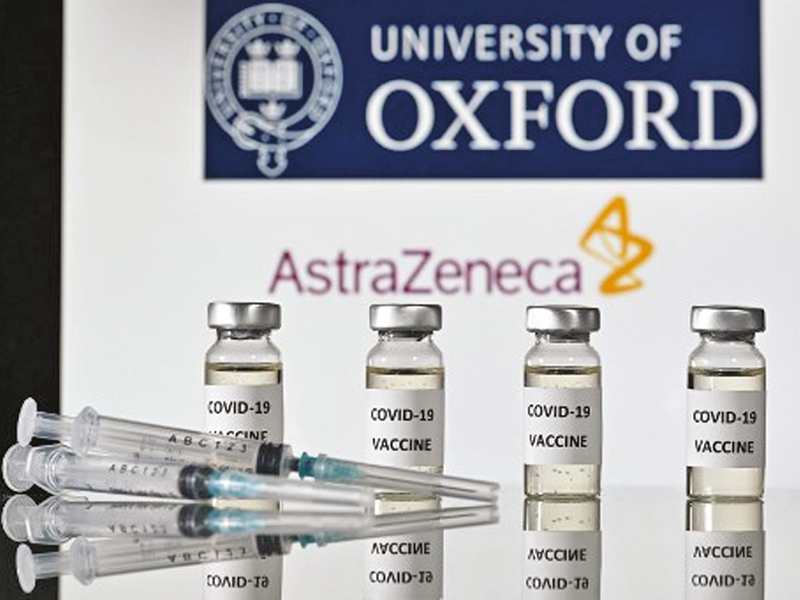 Oxford University’s novel coronavirus vaccine developed by AstraZeneca has shown an average 70 per cent effectiveness. The level jumped to 90 per cent depending on dosage.

The announcement is seen as a triumph for developing nations and poor countries as the Oxford jab is far cheaper, easier to store and get to every corner of the world than the Pfizer/BioNTech and Moderna vaccines announced last week.

The British drugs group AstraZeneca and the University of Oxford said on Monday they will seek regulatory approval for their vaccine after ‘effective’ trials, in the latest potential boost to curbing the global outbreak.

Manufacturers Pfizer/BioNTech and Moderna last week said trials of their vaccines showed effectiveness above 90 per cent in what was hailed as a breakthrough.

Britain’s Prime Minister Boris Johnson called the announcement ‘incredibly exciting’. “There are still further safety checks ahead but these are fantastic results,” he said.

Despite varying outcomes, AstraZeneca chief executive Pascal Soriot insisted his firm’s vaccine would have an ‘immediate impact’. “AstraZeneca will now immediately prepare regulatory submission of the data to authorities around the world that have a framework in place for conditional or early approval.”

The firm said it would look to develop up to 3bn doses of the vaccine in 2021 after passing regulatory hurdles.

Pfizer/BioNTech’s vaccine has to be stored at -70°C – much colder than temperatures of a standard freezer. The AstraZeneca/Oxford vaccine could be stored, transported and handled “at normal refrigerated conditions”, Soriot said.