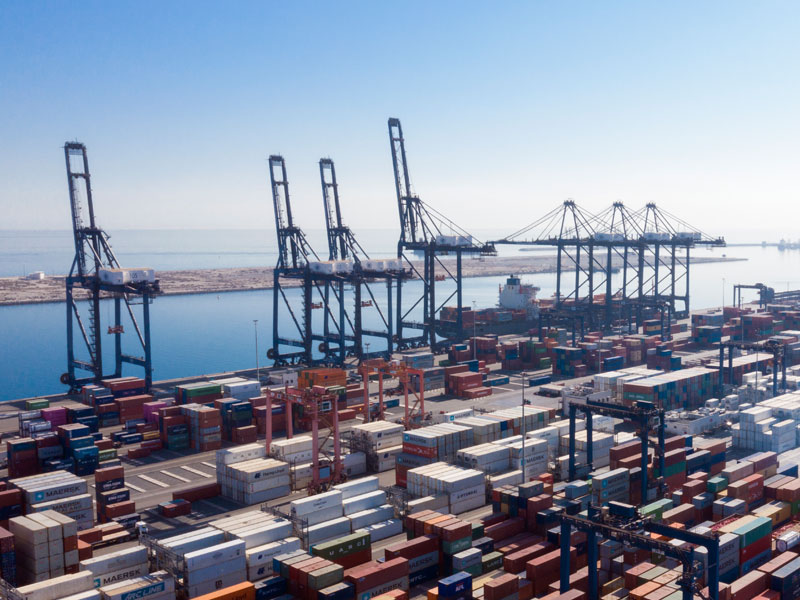 Sohar Port and Freezone, one of the largest industrial and logistics projects in the sultanate, has been able to attract a total investment of more than RO10.4bn since the inception.

‘Since the establishment of the port 16 years ago, and the establishment of the adjacent freezone 10 years ago, Sohar Port and Freezone has attracted a total of over US$27bn (or RO10.4bn) worth of investments, valued as of mid-2020. This was a positive reflection of Sohar’s contribution towards achieving the sultanate’s development goals and economic diversification efforts within the industrial and logistics sectors,’ Sohar Port and Freezone said in a statement issued on the occasion of Oman’s 50th National Day.

Sohar Port facilitates quick and easy transportation of goods to serve the demands of fast-growing markets across Africa, Asia and the Middle East. The existing road network links Sohar Port and Freezone to the neighbouring countries, including the UAE, and will soon provide direct connectivity to Saudi Arabia.

The port receives over 3,000 vessels annually and handles estimated 1.5mn tonnes of cargo each week, with the capacity to handle more than 2mn TEUs (twenty-feet equivalent units) per year.

“Oman has established itself as a modern and stable nation in only five decades, making the 50th National Day of the Renaissance a truly significant milestone. The efforts of the people of Oman, under a wise leader, deserve to be commended and recognised. On behalf of Sohar Port and Port of Rotterdam, I would like to extend my warmest greetings to His Majesty Sultan Haitham bin Tarik – may the Almighty preserve him – and all the Omani people we have built strong bonds of friendship with over the years,” Mark Geilenkirchen, CEO of Sohar Port said.

Sohar Port and Freezone has established itself as a key national project, successfully attracting foreign investments and industries, while simultaneously contributing towards the economic development of the sultanate.

As per the statement, Sohar Port is the main gateway for import-export in the sultanate, with over 60 per cent of Oman’s imports entering through the port. This is in addition to over 40 per cent and 80 per cent of exported and re-exported goods, respectively.

Sohar Port and Freezone aims to position itself as an integrated logistics hub that offers the latest global technologies while maintaining the highest standards of sustainability for all its activities. This makes it aligned with Oman’s Vision 2040 and the Oman Logistics Strategy 2040, which is supervised and implemented by Asyad Group, Oman’s integrated logistics provider.