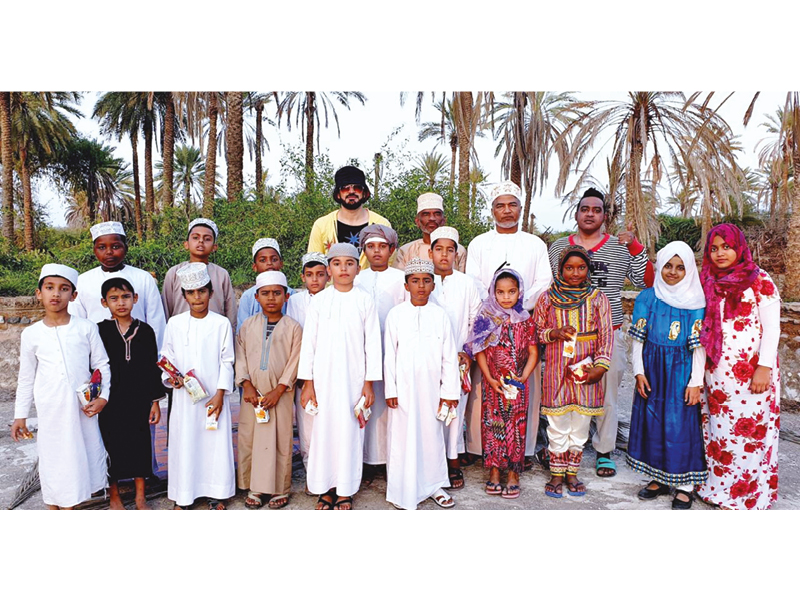 A seven-minute musical on the Late His Majesty Sultan Qaboos bin Said was released on National Day last week. Its creator claims Shukran Qaboos is the first ‘semi-animation movie’ that pays tribute to Baba Qaboos for his contribution towards the development of the country.

The film was produced by Wings Production owned by Sami Sarang, a Pakistani filmmaker based in Oman. With a cast of 20 actors, the film was shot in multiple locations in and around Muscat and includes live-action and animation.

“We used animation to recreate Baba Qaboos due to lack of footage,” Sarang said. “There were several scenes that were tough to recreate and it was difficult to arrange old photographs. We felt the narration would be better through animation. Old maps and epic historical moments look more convincing in animation.”

The film recognises the Late Sultan’s many roles as a leader, influential figure and teacher. “He created the foundations for education for all in Oman, and His Majesty Sultan Haitham bin Tarik is now carrying forward the legacy,” said Sarang.

Besides filming, directing and editing Shukran Qaboos, Sarang also wrote the Arabic lyrics for the film. Muntasar al Balushi, Sharifa Allahbakhsh and Sama Binat Allahbakhsh lent their voice to the soundtrack. Pre- and post-production of the film was done in a span of 30 days, involving a budget of RO2,000 and co-production by Suhail Kausar.