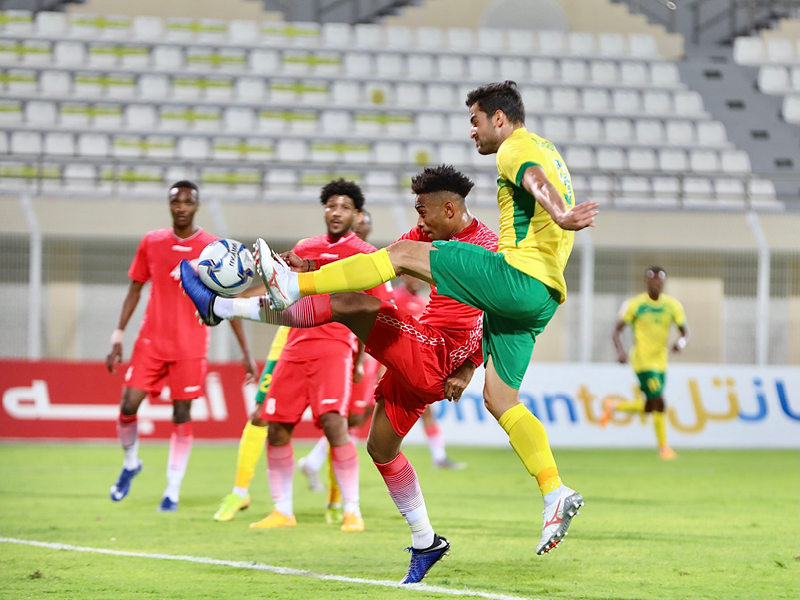 The 2020-21 Oman Football Association (OFA) top-flight league season began on an explosive note with three clubs, including 11-time record winners Dhofar, three-time champions Al Nahda, and Saham, docked six points each in the Omantel League, which kicked off on Thursday.

The decision by the disciplinary committee of the OFA, which also slapped a fine of RO14,000 each on the clubs, meant that Dhofar, last season’s runner-up, which began their campaign on Thursday with a 4-1 win over Al Ittihad, still remains with a deficit of minus three points after the conclusion of the first round on Friday.

Al Nahda and Saham suffered first round reverses and have minus six points at the start of the season.

Speaking to Muscat Daily, Said Othman al Balushi, CEO and general secretary of OFA, said, “The fines and the deduction of points have been imposed as the clubs failed to clear their dues of players and coaches.

“The clubs also failed to meet the AFC club license criteria on financial issues over the past two seasons resulting in these sanctions.”

Saham officials, however, have contradicted the OFA claims and said that they have cleared all their dues but admitted delay in submission of papers for AFC licensing. It has been learnt that all the three clubs will appeal the decision before Sunday’s deadline.

Seeb kick off season in style

On the pitch, Seeb displayed champions instinct as thy kicked off the new season with a dominant 4-0 win over Al Mussanah at the Rustaq Sports Complex on Thursday.

Ittihad, which finished runner-up in the OFA First Division last season to gain promotion, failed to make a match despite taking an early lead against the fancied city rivals.

Another Salalah club, Al Nasr, grabbed three points with a 2-1 win over hosts Saham at the Sohar Sports Complex.

Last season’s First Division winners, Nizwa, earned their maiden win in the top-flight with a 2-1 win over Al Nahda at the Nizwa Sports Complex.

On Friday, Rustaq was a 2-0 winner against Bahla at home while Sohar defeated Oman 2-1 at Sohar Sports Complex and Al Suwaiq edged past Muscat 1-0 at the Rustaq Sports Complex.

Following the first round of matches, Seeb, Rustaq, Sohar, Nizwa, Al Nasr, Al Suwaiq, claimed three points each while Dhofar, despite the win, remains in the bottom three with Nahda and Saham.

With an appeal expected from the three clubs, sources have pointed out that the clubs may even knock the doors of the Lausanne-based Court of Arbitration (CAS), the top international sports court to seek relief.