Many shades of a visionary 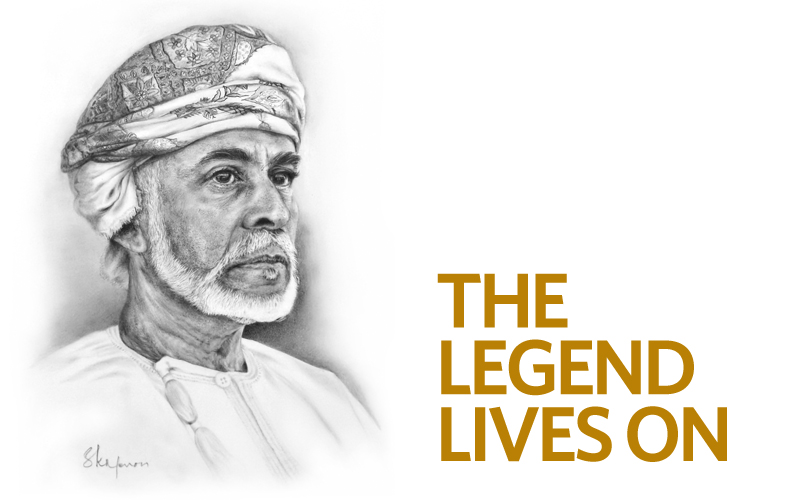 Taking on a self-assigned task of creating diverse images of the unparalleled and internationally revered persona of the Late His Majesty Sultan Qaboos bin Said, Shashikumar N Menon, an artist from Kerala, India, fulfilled it with great dedication.

Hailing from an orthodox family in a small village in Kerala, colours and lines had always caught his fascination from a tender age when he let his creative instincts flow forth by sketching images of sports stars and celebrities in his sketchbook. He was keen on observing nature and spending time with his obsession, rather than pursuing academic excellence. Menon, however, fulfilled his parent’s wish by securing a degree in science and then following it up by joining the Sir J J School of Art, the pioneer art college in Mumbai, to pursue his passion.

“That was the turning point in my life and I got a new perspective on the world of art and design,” says Menon who is currently Creative Director at Apex Media. He has spent over two decades in a fulfilling career in the publishing field.
‘Nature is the best teacher not me,’ the words of his first art teacher still rings in his ears and he takes up every assignment with a sense of eagerness and pride. Fond of expressionism and impressionism, Menon claims his work has been influenced by the likes of Wassily Kandinsky, Henri Matisse, SH Raza and Mark Rothko, to name a few.

“Trying to communicate emotions in a minimalistic and formless way of painting gives me joy,” says Menon, who is also skilled in sculpting. He lets his creativity take wing by writing stories and poems as a hobby, too.

Recalling Paul Klee’s words – ‘Colour is the place where our brain and universe meet’, Menon says, “Art is everywhere, everyday. We are all influenced by it, whether we realise it or not. It has no boundaries and one can’t give a definition to it. I like simplicity of life, so I have a minimalistic approach towards everything and, I believe, colour is a power which directly influences the soul. Simplified images have the power to stimulate your senses to react positively to life in general. So, with creative expression, reflection and practice, I try to transform mundane life into art.”

Having come to Oman in 2012, Menon was bowled over by its natural beauty as well as its rich culture and friendly populace. It was also heartwarming to witness the people’s love and devotion for the beloved the Late His Majesty Sultan Qaboos bin Said.
“This unique experience inspired me to express my true feelings on my own way. The towering personality and powerful gaze of the Late

His Majesty Sultan Qaboos reflected his strong will for the people of this country. I realised that black and white lines and shades were apt to portray his great personality. And I enjoyed every moment while rendering his true character,” Menon reflects.
“I feel there is much symbolism associated with black and white, and the pencil is the simplest tool that enables a host of possibilities. When it comes to portraits and sketches, I prefer to do it in shades of grey because, I believe, it helps in getting deeper into the real character and bringing out emotions strongly,” he asserts.

“This was a fulfilling journey and I enjoyed the entire process as much as I did beholding the end result.”
Email: [email protected]