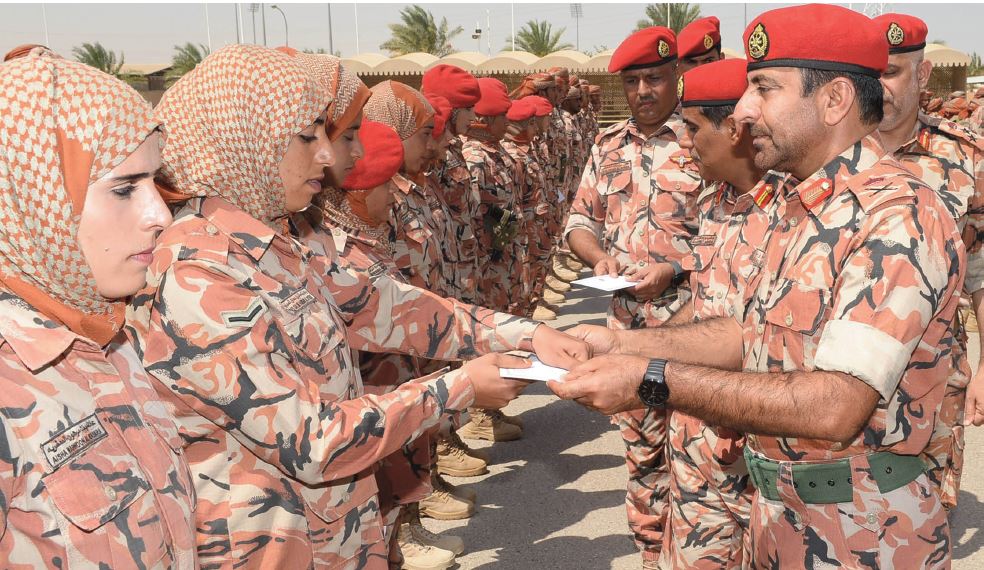 Statistics indicate the constructive role played by Omani women, reflecting in their achievements and success stories over the past 50 years. Women in Oman enjoy equal status with men and many of them hold key positions across sectors, thanks to the constant attention being paid by the government.

On the occasion of Omani Women’s Day recently, the Honourable Lady, Spouse of His Majesty the Sultan, said, “Omani women, over the past 50 years of the Blessed Renaissance, have received ample attention, care and honour. They have got the education, training and employment opportunities to actively participate in the

development process of Oman to keep the sultanate in line with other countries of the world. Complementing this approach, His Majesty Sultan Haitham bin Tarik is keen to establish the principle of partnership and social responsibility between women and men in Omani society.”

The day marks the prominent status accorded to women during the Blessed Renaissance and also celebrates the welfare programmes for them which ensured the advancement of their status and enthusiastic participation alongside men in nation building.

Prominent women in Oman say that every woman contributing to the country’s success is a pioneer of a healthy work-life balance.

“Success in life is determined by what you do every single day; it can be something as simple as a smile or a kind word with which you put your best foot forward. I feel that when you work hard and care about people, you tend to set an example for others. Women are determined to achieve success as we are hard workers by nature and this is what stands out,” said Hon Lujaina Mohsin Darwish, Member of State Council and joint deputy chairperson of Mohsin Haider Darwish.

Dr Suad Mohammed al Mudhaffar, life coach and business adviser, said, “We are at the half-century mark of the Blessed Renaissance, and I have seen the growth and development of the second generation of Omani women who are energetic and have taken on the responsibility of working for an honourable Omani society. I have witnessed firsthand the rapid development of Omani women; their continuous improvement is praiseworthy.”

“We must empower each other and those around us in building and shaping communities, moulding the minds of the leaders of tomorrow and contributing to the social and economic growth of the sultanate,” said Shatha Abdul Majeed Issa al Zadjali, go-kart racer.

Wafa bint Ali al Amriyah, chairperson of Omani Women’s Association – Seeb, said women could act as partners with men across sectors in roles that fit with their nature, abilities and skills.

“Women in Oman are keen to have legal and social awareness to protect their rights and ensure a balanced life. Women are expected to focus on religious aspects too to lead a sound life based on the principles of decent living. In this way, women can become a shield for the nation that secures the future of coming generations,” she said.

Some women in Oman believe that nations move forward through the contribution of individuals.

“Development without discrimination of women constitutes a basic pillar of progress. Women’s role is undeniable in contributing to various social, economic and cultural aspects. Their potential has been enhanced with a set of laws that grant them their deserved rights to enable them to shoulder their responsibility in sustainable development,” said Wadha bint Salim al Alawiyah, director of Women’s Affairs in the Ministry of Social Development.

Balqees al Hassani, president of Knowledge Oman, said, Omani women have proven their position in many different walks of life.

“They have shown collective power to make positive changes and have collaborated to achieve big strides in their personal and professional capacities. They have used their voice to advocate for other women too. That makes Omani women special,” she said.