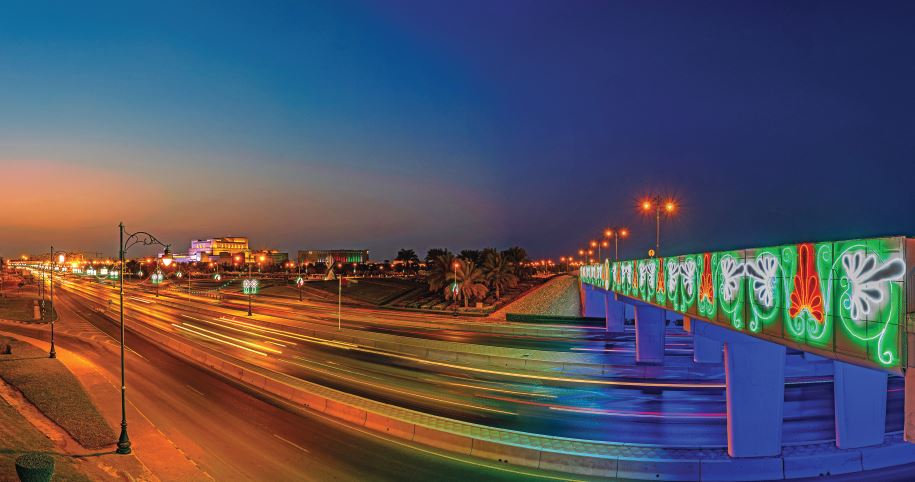 The year 2020 will go down in history as one of the most remarkable periods for Oman as the government laid the groundwork for sweeping reforms for far-reaching economic and social benefits.

With an eye on improving the efficiency of the government’s performance and laying down the foundations for financial sustainability in the sultanate, His Majesty Sultan Haitham bin Tarik issued 123 Royal Decrees this year. This in itself is a record compared to any time in the past when the average number of Royal Decrees was 50 annually.

Apart from the Royal Decrees, His Majesty the Sultan’s Royal Directives and Orders issued this year will further strengthen rules and regulations, and several new initiatives announced in this period will help in the development of the country and welfare of its people.

On August 18 alone, His Majesty the Sultan issued 28 Royal Decrees which included reconstituting the Council of Ministers, establishing and merging a few ministries, while amending the names of some others.

The decrees merged ten ministries into five and five councils were abolished as part of the efforts to restructure the state’s administrative apparatus, and to move towards standards set by Oman Vision 2040.

‘Mergers are meant to avoid duplication of specialisations and to organise sectors with clear objectives as well as fix responsibilities for each sector in harmony with the standards set by Oman Vision 2040,’ the Government Communications Centre (GCC) said in a statement.

The GCC stated that the desired future results of the restructuring project are to raise the level of efficiency of the government’s performance.

‘The aim is also to create a more stimulating environment for doing business and to attract investment to achieve development that is more focused on the governorate level. This is in addition to enhancing Oman’s indicators in government performance and e-governance and creating a stimulating work environment for employees.’

Following the restructuring of the government apparatus, Eng Mohammed al Busaidi, chairman of the board of directors of Omran, said there were high hopes of Oman to prosper further. “With great motivation, a new group of Omanis is taking their position in the government to continue the process of building the nation further. They have the confidence of His Majesty the Sultan and the high hopes of the people of Oman,” he said.

Some described August 18 as a historic day created by His Majesty the Sultan’s new vision.

“I believe the new phase of Oman will prosper and meet the aspirations of His Majesty the Sultan,” Khalfan al Amri, a media personality, said.

The flurry of new legislations followed His Majesty the Sultan’s Royal Speech on February 23, 2020, on the need to restructure and streamline the government and reformat the work of government-owned companies “with a view to upgrading their performance and efficiency, and enabling them to strongly contribute to the economic system”.

Through the Royal Decrees, His Majesty Sultan Haitham for the first time appointed a Foreign Minister, a Minister of Finance and Chairman of the Central Bank of Oman – positions which the Late His Majesty Sultan Qaboos himself formerly held.

At the ministerial level, 14 new ministers were appointed to take forward the government’s development agenda. Two new female ministers and four new female undersecretaries were also appointed by His Majesty the Sultan.

In line with the pledge he made earlier declaring his keenness to direct financial resources in an optimum manner and to place fiscal balance on top of the government’s priorities, His Majesty the Sultan approved a Medium-Term Fiscal Plan (2020-2024) on October 22.

The plan includes a set of programmes whose overall goal is to lay down the foundations for financial sustainability in the sultanate, cut debt and raise efficiency of government spending by prioritising financial action.

Additionally, the plan aims to increase government income from non-oil sectors, bolster the state’s financial reserves and improve revenues from government assets to enhance their capacity to tackle any financial challenges and channelise these revenues in the right course for economic growth and prosperity.

Chief among the initiatives planned include taxing those in higher income brackets, providing government support on public services (water and electricity) to a targeted section of society instead of everyone, and visa exemption for citizens of more than a hundred countries. The real estate transaction fee was also reduced from the five to three per cent.

His Majesty the Sultan’s directive on October 22 also included speeding up the establishment of a national integrated system for social assurance with a view to protecting low-income segments and Social Security Scheme families against any adverse impacts from the plan’s measures and procedures. The Royal Directive also included the implementation of a number of developmental projects to come up in different governorates to the tune of RO371mn.

In another remarkable move, a Royal Decree ordered the formation of a new authority named the Oman Investment Authority (OIA) in June this year. It was established to merge the two existing investment funds of the sultanate – the State General Reserve Fund (SGRF) and the Oman Investment Fund (OIF).

All the holdings, assets and investments of SGRF, OIF and the Directorate General of Investments (DGI) in the Ministry of Finance have been transferred to OIA. In addition, all ownership of government companies and investments are transferred to OIA by the Ministry of Finance, except for Oman Petroleum Development Company, government contributions to international institutions and companies for which an order is issued by His Majesty the Sultan.

The newly formed authority’s aim is to make profitable investments and to encourage more inward investment into Oman, creating more jobs for Omanis and helping diversify the economy away from oil.

The authority has already started work on its ambitious aim with the launch of a special programme called ‘Rawabet’. The programme will act as a direct link between the authority and its companies to enhance their governance, besides linking all their policies and systems with the policies of OIA.

The programme will also help OIA’s affiliated companies align their policies with Oman Vision 2040. Rawabet aims to shed light on the role that the private sector plays in developing the Omani economy and promoting successful partnership in local value-added investments, in addition to promoting the securities markets, developing the national workforce, and working on the continuous development of different investment sectors in the sultanate.

In order to achieve the desired goals of the programme, OIA will involve all relevant sectors, including investment, asset management and allocation, risk and compliance, human resources, procurement and contract operations, finance, information technology, corporate communications, legal affairs and auditing. This will ensure alignment of government companies with the national goals to positively contribute in achieving the Oman Vision 2040.