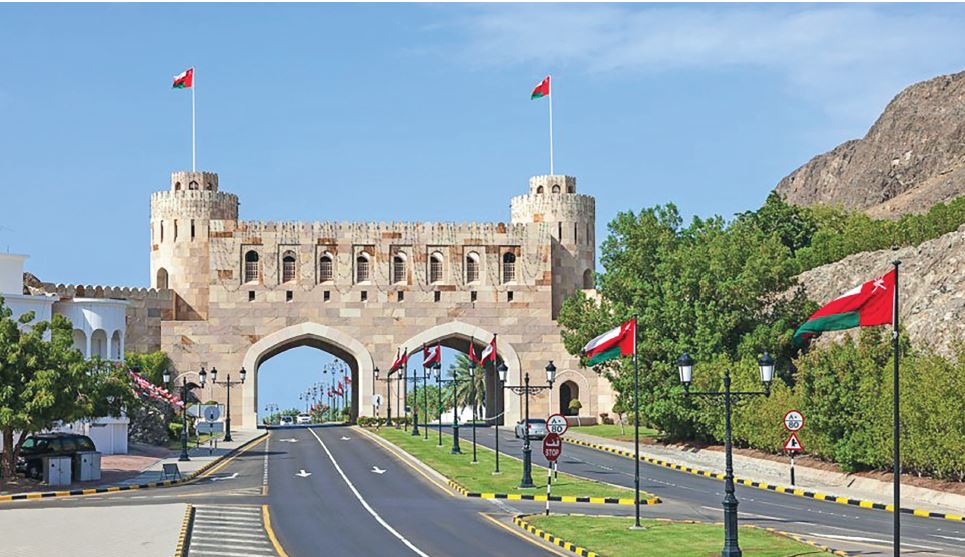 As the cool sun of November rises, shimmering on the horizon, it finds Omanis on a date with history — their hearts and minds full of enthusiasm. It is the blissful moment, which depicts the dawn of Oman’s modern renaissance, still zooms forward, with full confidence and aptitude, under the wise leadership of His Majesty Sultan Haitham bin Tarik.

Since he assumed the reins of power in the country on January 11, 2020, His Majesty the Sultan has made every effort — armed with firm will, prudence and farsightedness — to follow the tracks of the Late His Majesty Sultan Qaboos bin Said, the founder of Oman’s modern renaissance. With this determination in mind, His Majesty Sultan Haitham focused on preserving what the Late Sultan has accomplished. He built upon his achievements, so as to elevate further the towering edifice of Oman and to promote standards of its people for a better life, albeit with the participation of its citizens, their cooperation and the collaboration of all efforts towards enriching the experience of development, progress and prosperity—all inspired to serve the country, safeguard its values and gains and enhance its security and stability.

In his historic speech on February 20, 2020, His Majesty Sultan Haitham laid down solid principles that outline the features of the forthcoming important stage in the country’s comprehensive march of growth; his focus being the youth of the nation who represent its present force and future aspiration.

His Majesty the Sultan expressed his keenness to listen to youth, sense their needs and explore their interests, which, he reaffirmed, will be accorded due care.

His Majesty the Sultan also underscored the significance of the small and medium enterprises (SMEs) sector and the sector of entrepreneurship; particularly startups based on innovation, artificial intelligence and advanced technologies. He laid emphasis on training youth and enabling them to benefit from the opportunities available in this vital sector, so that they could build the core component of a smart economic system.

Guided by the judicious directives of His Majesty the Sultan, the sultanate has embarked on establishing tasks of Oman Vision 2040, which will begin to be implemented with effect from 2021. It is the vision which embodies the great expectations of Omani people for a brighter future.

The strategic approaches of this vision have been defined in accordance with priority goals, on top of which comes a high-quality educational system, an effective schema of research and innovation to build a knowledge-based economy, the empowerment of nationals with expertise and dynamic skills that fare well at the local and international arenas, the achievement of sustainable healthcare and the employment of an administration that supports economic diversification.

The Royal Directives also underline the need to establish an attractive environment at the labour market, so that the private sector could take the lead in constructing a competitive national economy that fits well with the global economy. This is in addition to sustaining environment safety and building a comprehensive geographic development based on decentralisation and integration of roles of the government, the private sector and the community. All these priorities are part and parcel of a strategic approach to shape out a society that is fond of its identity and culture and faithful to its citizenship.

With effect from next year, the sultanate commences its 10th Five Year Development Plan (2021-2025), which will be the first plan in Oman Vision 2040.

Despite adverse international conditions posed by challenges of low oil prices and coronavirus, the wise procedures and measures announced by His Majesty the Sultan are capable of helping Oman overcome the impasse and continue its triumphant march.

Many projects, past and present, come under the purview of Oman Vision 2040. These include projects completed in the second half of the current development plan (industrial, tourism, energy, food security and seaports projects), projects to be carried out in the next two years and programs to benefit from fisheries and mining resources. This is in addition to measures on rationalising spending, optimising financial resources with a view to decreasing indebtedness, augmenting income to improve the economic position of the sultanate and diminishing dependence on oil.

The National Program for Enhancing Economic Diversification – Tanfeedh emerged as a national initiative within the context of the 9th Five Year Plan (2016-2020) and measures to maximise benefits from infrastructure build over the past five-year plans, with emphasis on basic sectors targeted within the programme of economic diversification, in accordance with the current plan.

Tanfeedh programme, of which 76.1 per cent was completed by 2019, comprises a number of stages. The results of each stage are being utilised to implement the subsequent stage, starting with sectors of manufacturing, tourism, logistics and finance, early funding, employment and the labour market, followed by the sectors of mining, fisheries, and interconnecting all these with the five basic sectors stated in the plan.

The sultanate takes pride in the development, prosperity, security and stability it has achieved, thanks and praise be to the Almighty Allah. The state of law and institutions has come to its prime, based on principles of freedom, equality of opportunities, justice and dignity of individuals, whose rights and liberties are guaranteed by the law, including the freedom of expression.

Partnership between citizens and the government in shaping the present and future of their country is considered a basic pillar in the national action over the next stage of development on which the country pins its hopes, a fact clearly stated by His Majesty Sultan Haitham bin Tarik.