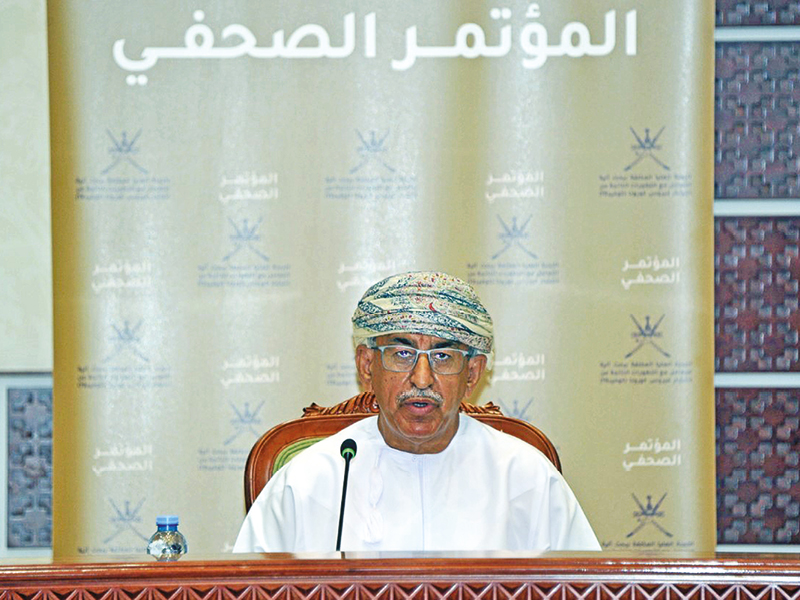 For all travellers coming into the sultanate, the period of home quarantine cannot be considered as sick leave, the Minister of Health (MoH) said on Thursday.

“The traveller must use the quarantine period from his balance leave,” said H E Dr Ahmed bin Mohammed al Sa’eedi, Minister of Health.

H E Dr Sa’eedi also said that 40 per cent of the country’s population will receive vaccination in the first stage by the end of the year. Speaking to the media on Thursday, H E Dr Sa’eedi said, “Oman has reserved a good number of vaccine shots, and the goal is to vaccinate about 40 per cent of the population. Among those on the priority will be service providers on the front lines, people with chronic diseases, and the elderly.”

However, H E Dr Sa’eedi said there is no country or company that can provide the vaccine on a large scale. “Till today, no vaccine has been officially registered,” he said.

H E Dr Sa’eedi also said that even though cases of COVID-19 have seen a decrease in Oman, he hoped that the decline in cases recorded recently will not lead to complacency and a lack of commitment to precautionary measures. “Adherence to the precautionary measures and the night shutdown has had good results,” he said.

“Some countries relaxed restrictions after cases declined, but numbers rose again drastically. The decrease in the number of infected people does not mean that we have passed the danger; the precautionary measures must continue to be followed,” he added.

He said that the rate of infection among children is still low, but once they transmit the virus, it may lead to catastrophic results.

“COVID-19 is not only a respiratory disease; it also causes other long-term effects on lungs, heart and other organs,” H E Dr Sa’eedi said.

“There will be a review of the activities that have not reopened yet across sectors, based on current health indicators. Also, there is a review on issuing certain visas.”