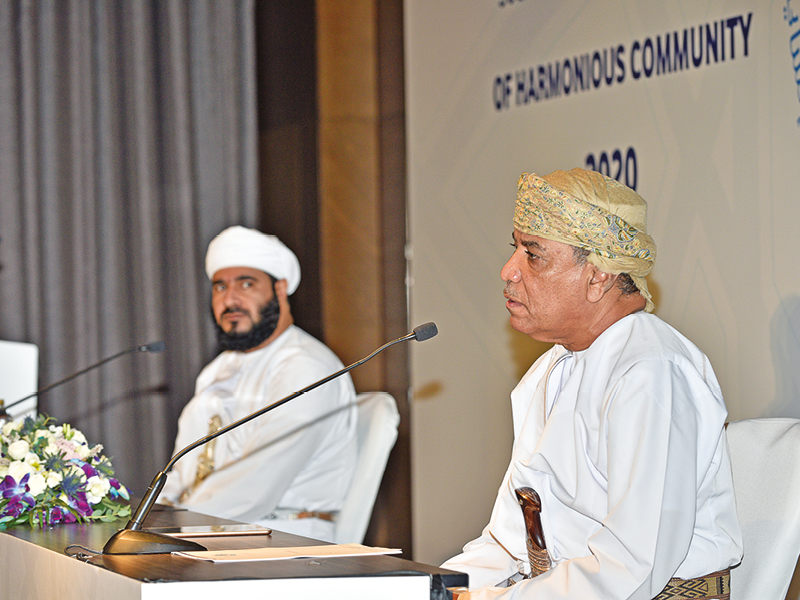 The second edition of the Sultan Qaboos Declaration Project on United Human Values, which calls on the world to adopt an ethical order to promote mutual understanding and peaceful coexistence, will be held for two days on November 16 and 17.

The programme will be held to mark the International Day for Tolerance, celebrated every year on November 16.

This was declared during a press conference at W Muscat hotel on Tuesday.

Spearheaded by the Ministry of Awqaf and Religious Affairs (MARA), the initiative is an important step towards defining shared beliefs and bridging cultural gaps to establish peace, security and development.

Based on three pillars – reason, justice and ethics – the initiative aims at providing the necessary framework for international cooperation to empower human beings and societies.

H E Mohammed bin Said al Ma’amari, Undersecretary in MARA, said, “The main motive of this project is to resolve the troubles that we see in the world, including poverty, human rights issues, conflicts and wars, economic crises, as well as the fierce fight between capitalism, authoritarianism and democracy. Values and ethics are fast disappearing and it is our aim to regain those.”

Oman will be observing the International Day for Tolerance with various ministries, including the Ministry of Information, Foreign Ministry and Ministry of Health, collaborating.

Speaking at the press meet, H E Ali al Jabri, Undersecretary in the Ministry of Information, said, “The draft declaration outlines three dimensions necessary to restore balance in our world today. The first dimension is to improve human life by having the basic level of dignity and rights and preserving human unity. The second dimension is based on adopting an ethical global order that pushes people forward to uniting their obligations and efforts, protecting mankind and earth, and achieving peace, coexistence and understanding.

“Religious, cultural and ideological differences should not come in the way of finding

a common ground and united values. The third dimension is about nurturing the spiritual values of human beings through reason, logic, philosophy and theology.”