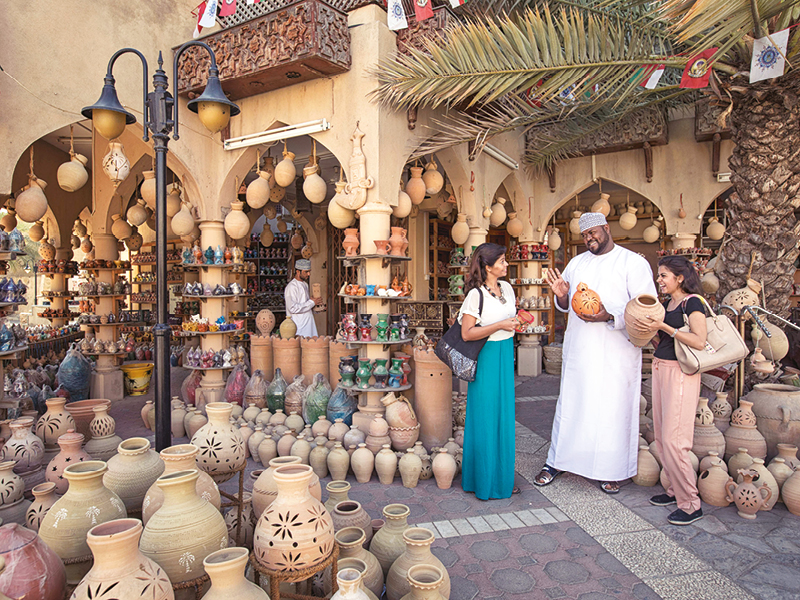 The dramatic transformation of Oman’s tourism facilities and offerings in the last 50 years is a reflection of the changes in the country.

The quality of hotels and tourism amenities spread across the sultanate is indicative of the development of the country as a whole.

The tourism sector has seen remarkable achievements, the most prominent of these being the expansion of tourism facilities providing specialised services in all governorates. These developments have contributed to increasing the national income of the sultanate. In fact, the tourism sector has played a significant role in increasing the national economy according to the latest statistics released by the National Centre for Statistics and Information (NCSI).

Of the total visitors, 251,080 were foreign tourists, according to statistics of the Ministry of Heritage and Tourism, which continues to restore and maintain these historical structures that are distinguished by architectural diversity.

Hotels for all pocket sizes

In 2019, there were a total 491 hotels in the country, including 26 five-star hotels, 24 four-star, 38 three-star, 55 two-star and 348 units classifieds as ‘others’. This category of accommodation includes one-star hotels, unclassified hotels, guesthouses and hotel apartments.

Tourism development has created many opportunities for job seekers, according to NCSI figures that show that the number of hotel employees increased by 7.7 per cent to 20,057 in 2019 compared to 18,627 in 2018.

The percentage of employees in other governorates engaged in hotel activities accounted for 16.4 per cent of the total of 20,057.

The annual growth rate of employees engaged in hotel activities in the past four years is 16.1 per cent.

According to the Ministry of Heritage and Tourism, it is focused on the implementation of a number of programmes and initiatives of the Omani Tourism Strategy (2016–2040), including the development of 14 tourist projects across various governorates which take into account the elements of sustainability, empowerment of local communities, and enhancing their role in protecting their cultural heritage and customs for posterity.