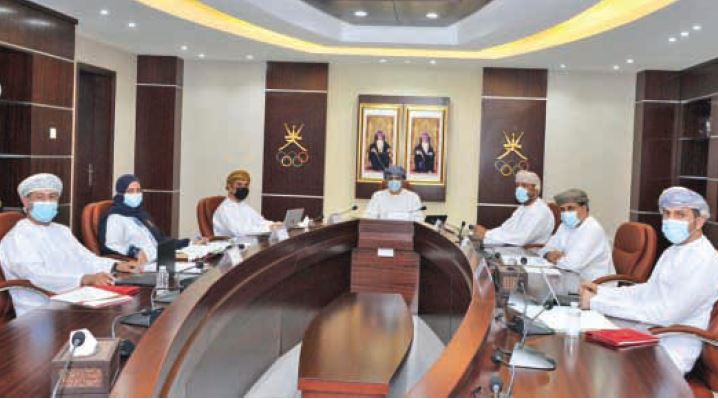 The Oman Olympic Committee (OOC) board on Tuesday discussed preparations for the forthcoming Olympic Council of Asia (OCA) General Assembly, which is scheduled to be held in Muscat on December 16.

The discussions were held during the sixth OOC board meeting of the year, chairedby the OOC president Sayyid Khalid al Busaidi.

Besides ensuring the smooth preparations for the OCA General Assembly, many other key issues were also touched upon, according to a press statement released by the OOC on Tuesday.

A committee headed by Sayyid Khalid al Busaidi and Sheikh Badar al Rawas, Oman Volleyball Association chairman and OOC board member, has been formed to oversee the preparations for the December 16 meeting.

The OCA General Assembly is planned as both an in-person and online event with delegates from majority member nations expected to attend.

The meeting will be selecting the host of the 2030 Asian Games from the two-horse race between regional rivals Qatar and Saudi Arabia. The contest is particularly intriguing due to a diplomatic crisis between the two nations.

The 2030 race is a departure from the OCA’s normal custom of deciding on its preferred city and electing it unopposed.

Among the other matters deliberated upon on Tuesday was the national teams’ and athletes overseas participation. The major events to be held next year are the Olympic Games (Tokyo – Japan), the Asian Beach Games (Sanya – China), the third GCC Games (Kuwait), the fifth Islamic Solidarity Games (Turkey), the indoor Asian Games (Thailand), and the Asian Youth Games (China).