Water bills go through the roof 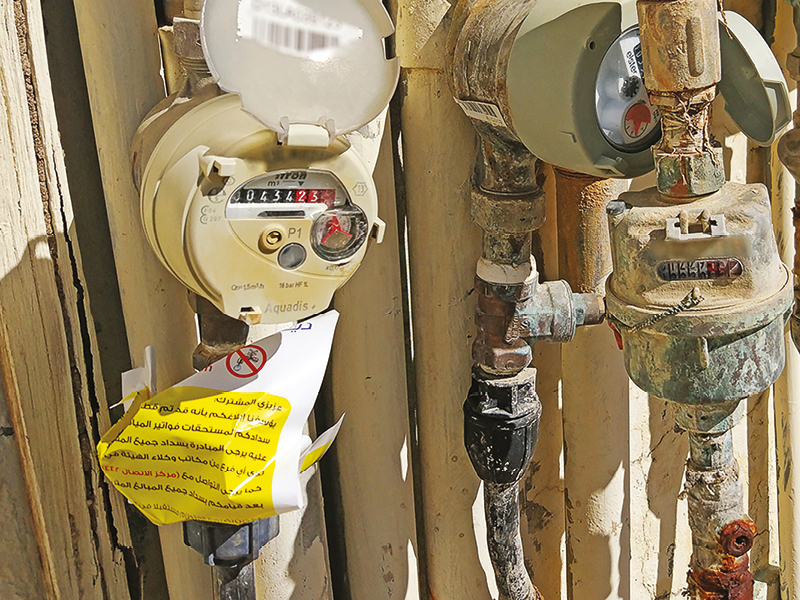 Water bills with wrong readings and inflated numbers have left many customers in a fix. According to the subscribers Muscat Daily contacted, their latest water bills from Diam are unjustified and unreasonably high. They claim this is a result of wrong meter readings or errors.

For some, their bills are more than RO400 per month. “We had a problem with an inflated bill of RO400. We complained to Diam and they sent their technicians to check the water meter which turned out to be fine. But we are still wondering why the bill is so high. The technician said he will come again to find out more but it is more than three months now. No one has contacted us. Something needs to be done,” said Abu Khalid, a Diam service user who resides in Azaiba.

Amerat resident Salim al Tauqi, who moved to his new house a year ago, said his average water bill used to be less than RO10. But his latest bill is for RO520. “Even if the bill is for two months, I am sure my consumption can’t be so high to add up to such a big bill. We are only three people in the house,” he said, adding that he believes meter reading was not done correctly.

Officials of Oman Investment and Finance (OIFC), the company responsible for bill delivery, told Tauqi that the issue could only be dealt with at the Diam office.

“I was told that all complaints are now directed to Diam, which is managing the billing system. Diam asked me to file a complaint through their mobile app. I would do that, but the thing is that my water line has been disconnected. I hope they rectify the problem soon,” Tauqi said.

While officials of both OIFC and Diam acknowledged the problem, they said subscribers need to visit the Diam office for rectification. “There have been a number of complaints about this issue. People are advised to contact the Diam office with the exact reading of the water meters personally,” an OIFC official said.

According to Diam officials, subscribers need not pay if they think their bills are inflated. They advise filing a complaint in such circumstances.

When Muscat Daily visited the Diam office in Bausher, several subscribers were seen trying to file complaints for the same problem. However, a Diam official said, “We only accept complaints through our mobile application. Our technical team will contact subscribers to rectify the problem.”

Subscribers claimed registering complaints through the application never works. “I came to the head office but here I was told to register the complaint through the application. I did that earlier but no one ever contacted me until my water line was disconnected. I paid around RO400 in May to change my water meter, but following that, the bill jumped to RO750. Earlier, I used to pay around RO30 per month. I do not know how the bill reached RO750 for four months,” said one of the subscribers who wished to be identified only as Farsi.

‘This comes in the framework of developing and updating the billing system in order to provide the best services to valued subscribers,’ Diam said in a public notice earlier.