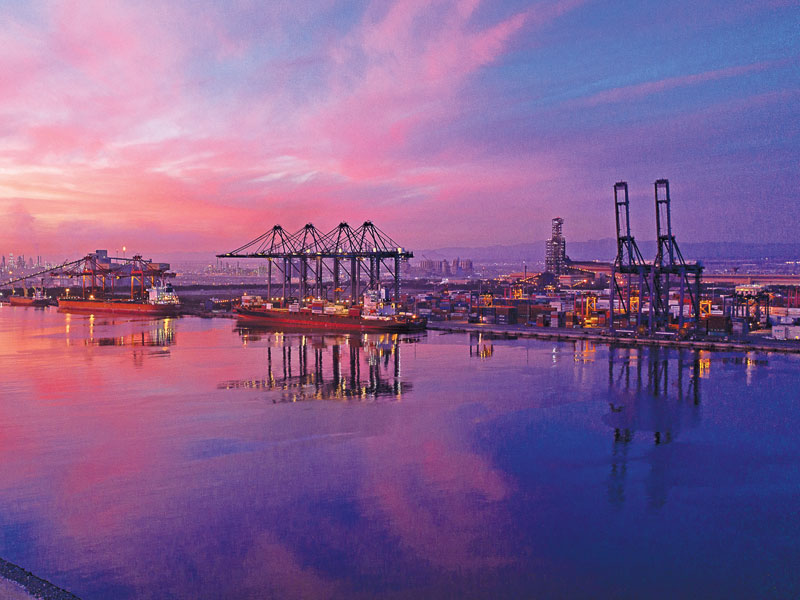 Sohar Port and Freezoneis planning to set up larger utility-scale solar power generation projects with an aim to offer competitively priced electricity to the industrial projects and tenants operating within the port and free zone.

Given the strong regular sunshine and the vast unused land outside the free zone in Sohar, it is commercially viable to develop the large solar power plants, according to Mark Geilenkirchen, CEO of Sohar Port and Freezone.

“Apart from our small-scale solar park powering our headquarters in Sohar, we are planning larger utility-scale power generation facilities within the industrial port and the adjoining free zone in line with our strategy to offer competitively priced solar photovoltaic-based electricity to the industrial end-users and other tenants operating within the hub,” Geilenkirchen wrote in a whitepaper recently published with the title ‘Sohar Port and Freezone – Going Green’.

Geilenkirchen said that the planned capacity [of the projects] is 3.5GW, which is equivalent to what they are consuming at the port and free zone.

He also noted that Shell Development Oman’s renewable energy arm ‘Qabas’ has plans to develop as much as 300MW of renewable energy-based capacity to support the green energy requirements of industrial companies operating in Sohar Port and Freezone. The first 25MW of this solar photovoltaic-based capacity will be operational before the end of 2020.

“We have a unique opportunity to make hydrogen an important part of our clean and secure energy future. We have major plans for scaling up the use of clean hydrogen with the first hydrogen plant in Oman. The idea is to make the most of our industrial port by turning it into a hub for lower-cost hydrogen, replacing traditional hydrocarbons,” Geilenkirchen said.

He said the planned facility will create carbon-free hydrogen from low-cost solar power, stored for use on demand. The hydrogen stored for later delivery (via pipelines and trailers) will be used by the port’s industries and tenants for clean transport and industrial purposes.

Sohar Port and Freezone is working in collaboration with its strategic partner, Port of Rotterdam, as well as Hydrogen Rise, and other research institutes worldwide, to identify cost-competitive solutions for the adoption of hydrogen as an alternative to natural gas.

Geilenkirchen said the scale-up will be critical to bringing down the costs of technologies for producing and using clean hydrogen, such as electrolysers and fuel cells.

“We have a near-term opportunity to boost hydrogen on the path to more widespread use. We can accelerate efforts to find commercially viable deep-sea vessels that run on zero-emission fuels such as hydrogen, while simultaneously optimising ship speed to minimise fuel consumption,” he added.

The Ministry of Energy and Minerals recently announced that it is undertaking a feasibility study paving the way for policies that directly support investment in hydrogen technologies.

“It is clear that the time is right to tap into hydrogen’s potential to play an important role in a clean and secure energy future in Oman. Investments in hydrogen can help create new technological and industrial development in Oman, creating skilled jobs,” Geilenkirchen said.